The Fine Art of Greeting A French Person With A Kiss: How To Faire La Bise

In France, greeting your French friends can be a complicated matter for foreigners. Rather than shaking hands, waving hello or hugging, you lean forward, touch cheeks and kiss the air while making a kissing sound with your lips. It’s called “La Bise.” Here is a detailed look at cheek kissing best practices in France- “The fine art of greeting a French person with a kiss”: who, when, where, and how. 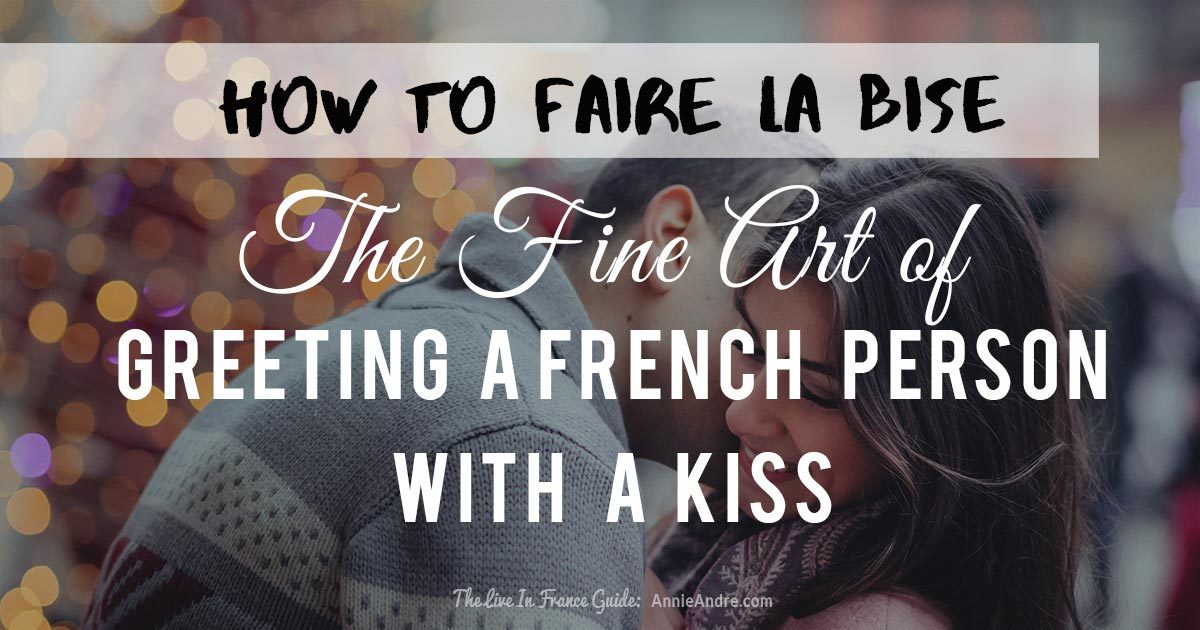 From Childhood: La Bise is practically institutionalized In France

Cheek kissing in France is a serious business. Just as you would encourage your child to say hello or goodbye, French parents across France encourage their children to “air kiss,” aka “cheek kiss,” referred to in French as “Faire la bise” (pronounced Fair la bees). 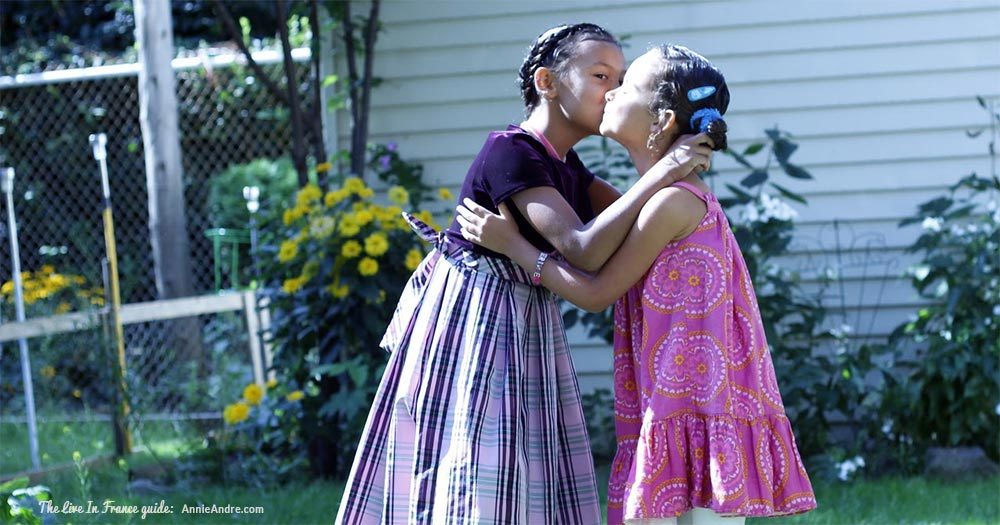 Throughout this article I refer to “air kiss”, “cheek kiss” and “Faire la bise” interchangably

When I first arrived in France, I had no friends. Everyone was either an acquaintance or a complete stranger, so greeting someone with a simple hello, a wave or a handshake was just fine.

For about ten months, we greeted people this way, never having to “Faire la bise.” That all changed when we moved to a small French town and started making friends.

People started inviting us to their homes. We often saw people we knew at the local market buying fresh produce or in the morning on our way to take our daughter to school. I suppose you could say that we were becoming part of the community. I guess you could say.

My first bise: My First Kiss

One day someone we knew saw us on the street only this time instead of a nod and a hello,  she leaned in to give me a cheek kiss.

It was nerve-wracking, and it felt ridiculous to me. Although I had seen hundreds of people greet each other with a cheek kiss, I had no idea when or how to give a cheek kiss properly. How many do I give? Which cheek do you start with, the left or the right? Do you have to make that kissing sound when you cheek kiss? And so many more questions.

Luckily I had amazing French friends who I was eventually comfortable enough to ask my burning air cheek questions. The answers I got were varied depending on who I asked, but in general, there are some best practices that most French people follow. 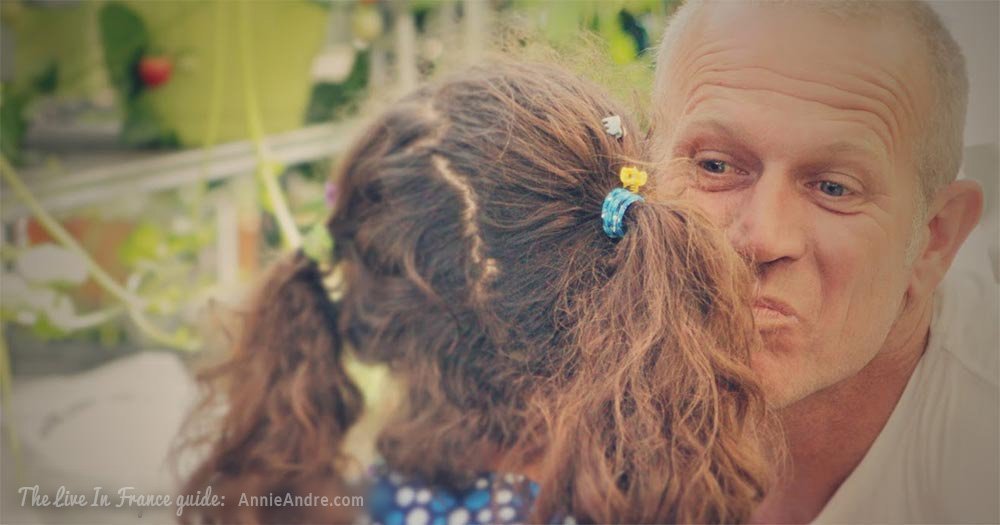 **NOTE:  All of what I explain below is either from personal experience, research or advice given to me by my French friends here in France.

Rules and best practices on  “How To Faire La Bise.”

As I mentioned before, when I asked my friends about “The Rules” for the air kiss, people gave me varying answers as to when, with who and how to faire la bise  but in general there was enough overlap to come up with some general best practices for you to be faire la bise like a pro.

You might be interested in reading: How Not To Be Miserable When You Move To France! Avoiding Culture Shock! 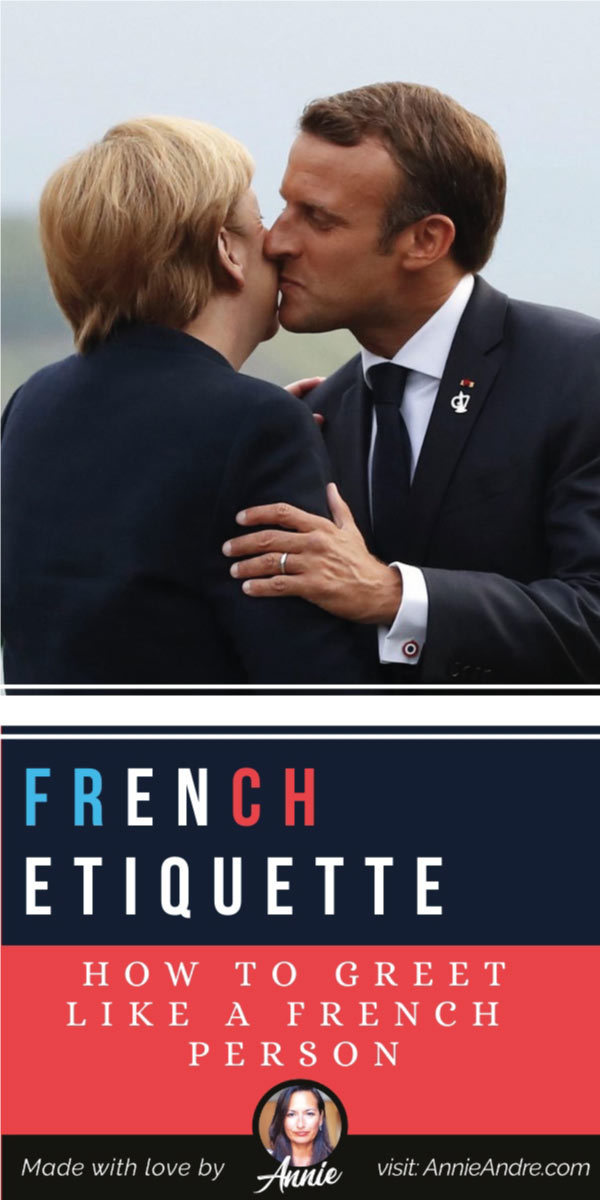 1- French Etiquette- How do you faire la bise?

To faire la bise, you lean in and touch the other person’s cheek with your cheek while puckering your lips and making a light kissing sound with your lips. (Never touch your lips to their cheek).

And yes, you MUST make that kissing sound with your lips, but make sure you do it right.

The kissing sound comes from your lips, NOT your voice. We learned this the hard way.

Our French friends and acquaintances used to snicker when my husband made the “MWUAH” sound so many anglophone speaking people do to emphasize a kiss. So we learned early on not to do that.

Some people also put their right or left hand on the other person’s shoulder as they lean into cheek kiss. 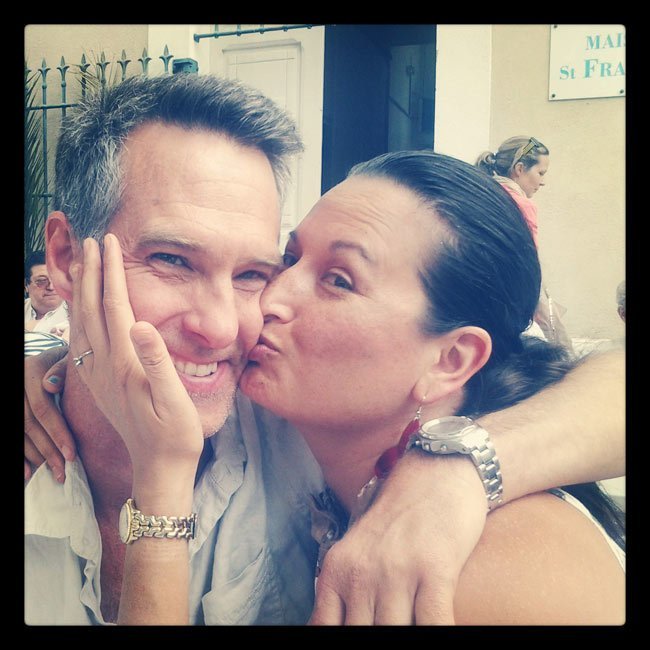 2-Which cheek- left or right?

There is debate as to which cheek you offer up first, your right or your left. Don’t worry too much about which cheek to offer first because French people are extremely sensitive to these nuances and movements and can adjust quickly.

I did notice that more of my friends turned their head to the left so that the first bise landed on the right cheek. I said most, but not all, so just go with the flow.

Take off your glasses or hat

Another thing to note is that sometimes it’s best to take off your glasses; otherwise, you could have an eye-wear collision. I’ve also seen some people take their hat off to faire la bise. 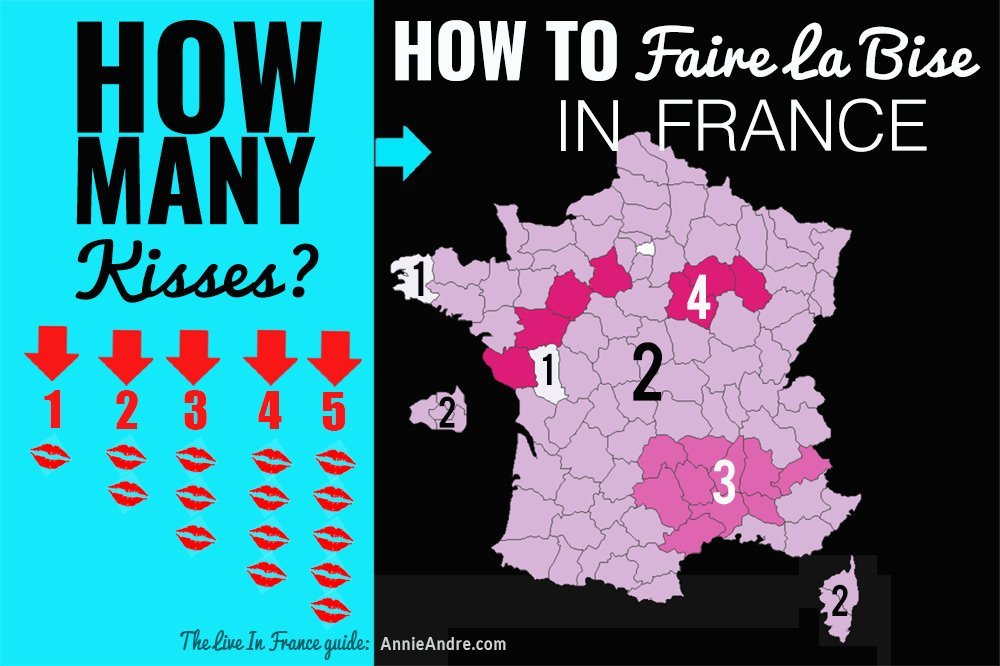 The region you live in France will determine how many kisses to administer for la bise; however, even by region, there are discrepancies. It all depends on who you talk to. For instance, even though most of my friends in Provence give 2 kisses, some people in the region who give 3 cheek kisses. In Paris, most people give 2 kisses also, but some people give as many 5 cheek kisses.

Don’t worry if this sounds confusing because even the French get confused. There’s even a website devoted to gathering user feedback about whether they give 1, 2, 3, 4 or 5 kisses –www.combiendebises.free.fr/. The website’s name translates to “How many kisses.”

Some people speculate that younger people are leaning more towards 2 kisses while the older generation is hanging on to giving 4 even 5 kisses.

I have yet to meet someone who gives 4 or 5 kisses, but then again, I live in the south where 2 and 3 kisses prevail.

4- When and with whom should you faire la bise?

The level of friendship and type of relationship you have with someone usually determines whether you will or should faire la bise. For example, you would not cheek kiss your bank rep or even the headmistress at your child’s school. Instead, you will politely say “bonjour,” possibly followed with a handshake depending on who you are saying hello to. No handshake to bus drivers or store clerks is necessary.

Here are a few different types of relationship situations where you might consider giving la bise. 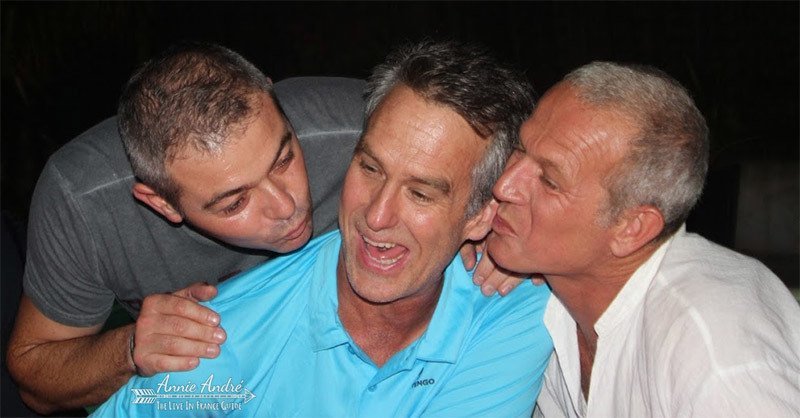 5-Special circumstances where you may kiss a complete stranger.

As I mentioned before, in most cases you only do la bise with friends or people you know well enough to faire la bise, but there are exceptions where it is considered “la politesse” to faire la bise even when you don’t know the other person.

Friends of friends: If two friends are introduced to one another by a mutual friend then you can greet that other person with la bise. It’s not obligatory, though. You could always opt for a handshake, but don’t be surprised if the other person leans in for a cheek kiss, which brings me to social situations.

When you’re invited to a friend’s social gathering but don’t know everyone at the event, do you kiss them too? Yes, you might do since they are your friend’s friends. See below for further explanation.

6-Other Nuances about la bise

We talked about greeting someone with a cheek kiss, but I failed to mention that if you are on kissing terms with someone, you also give la bise when leaving. For example, if you are at a person’s house, you do la bise upon entering and to everyone in the house and then again when you leave to say goodbye.

If you run into a friend on the street, you would typically stop and faire la bise and continue on your merry way. If you run into them again later on in the day, you do not give another cheek kiss because you already gave them one the first time you ran into them.

At a birthday party, or at least the kid birthday parties I have been too, it’s considered polite for the birthday boy or girl to faire la bise with the other kids as a way of saying thank you for coming and bringing me a gift.

And finally, you can also faire la bise to congratulate someone.

I know it sounds like a lot of rules and can be confusing and awkward at first, but you get used to it, and before you know it, la bise becomes second nature- kind of.

Watch this video about how confusing it can be even for the French.