Everyone loves nicknames, and France has quite a few. Here’s the low down behind 20 well-known and a few not so well known ancient and modern country nicknames for France, both official and unofficial.

Country names, nicknames & other Alias for France (past and present)

Most countries have several country names, nicknames and aliases that they go by, and France is no different.

These country names can usually be grouped into one of two buckets; they’re either an endonym or an exonym.

What are endonyms and exonyms? 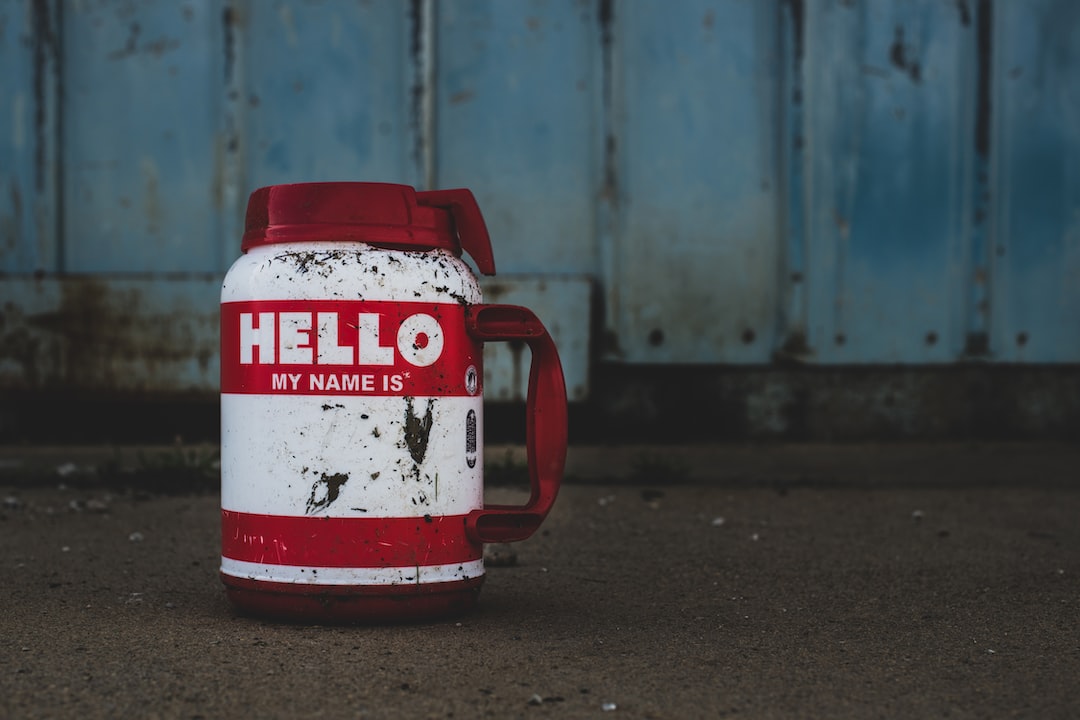 An endonym is a name or nickname used by a group of people to refer to themselves, their country, or their language.

On the flip side is an endonym.

An exonym is a name or nickname given by outsiders to refer to other groups of people, their country, or their language. In other words, the name you use to refer to another country might not be what they call themself.

Did you know that the country name Japan and Spain are both exonyms because it’s not what the Japanese or Spanish call their country? The people of Japan refer to their nation as Nippon and Nihon, while the Spanish refer to their country as España or Reino de España.

Many factors can influence all these names associated with a country, including (geography, climate, wildlife, landscape, religion, history, politics, language, culture and even stereotypes) to name a few.

Sometimes a country’s exonym is more like a slogan.

Here’s an easy one. France is sometimes referred to as “The land of cheese” or “The land of wine and cheese” for obvious reasons.

Have you heard of these aliases for other countries that are exonyms?

I’ve pulled together a list of country names and nicknames for France used by residents of France (endonyms), not well known to foreigners, and a few names for France primarily used by people of other nations (exonyms)

I’ve also included ancient names that are no longer used.

Let’s get started with some names for France that are used as synonyms.

While the rest of the world calls her “France,” French people call their nation “La France” with the article “LA.”

La France is an endonym because it’s what French people call their country, or their language, as opposed to an exonym which is a name or nickname given to other groups of people.

In the French language, countries are always preceded by an article. Because countries have genders, that article can be:

If you’re interested in reading more about which world countries are feminine or masculine in the French language, take a look at this article I wrote: 99 Nationalities and Country Names In French: +Gender and Capitalization Rules.

Most people would say that France is in Europe, but in reality, France is a transcontinental country with overseas territories spread across the world on different continents – Oceanie, Antarctica, Africa, South America and even North America.

Another name for France which makes this distinction is “la métropole” (Metropolitan France), also known as “European France” and “mainland France.”  All these names refer to the parts that are geographically located in Europe and not its overseas territories.

Continental France is another way of referring to Metropolitan France. It’s used to describe the part of France geographically located on the European continent, including the island of Corsica in the Mediterranean.

While one of Italy’s country nicknames is “the boot” due to its shape, France is often called L’Hexagone (the hexagon) in reference to its six-sided shape.

By default, since the hexagon only refers to the part of France in Europe, not its outside territories, it’s a synonym for Continental France and Metropolitan France.

The official name of France is France, right?

People rarely use this in everyday conversation.

Before the 1600s, “republic” was used to designate any state that was not an authoritarian regime.

Many other countries also have similarly official-sounding names:

Before becoming known as France, her name was “Gallia,” a Latin word that became La Gaule in French.

La Gaule can also be used to refer to the people of France.

La Gaule was the ancient Latin nickname Romans gave to the Celtic tribes who lived in the territory that is now modern-day France, parts of western Germany, Belgium, northern Italy, Portugal, Switzerland and even Turkey. These tribes eventually migrated to modern-day Britain and Ireland around 500 BC.

Much of northern and central France are the descendants of the Gauls, and there are still native speakers of the language d’oïl in these regions, especially in Brittany and Normandy.

You might be interested in reading: French Loan Words in Irish: The Forgotten Viking Connection Between Unrelated Languages.

The ironic thing about the Latin nickname Gaule is that it was a play on words and was initially meant to make fun of the Celtic tribespeople.

“Gallus “(inhabitant of Gaul) is the same as the Latin word for rooster or cock. So, in essence, the Romans thought it was hilarious that they could call the people in the territory roosters, but eventually, the name stuck, and the cock became one of France’s most recognized symbols, which is called “coq Gaulois” in French.

8) Land of the Franks (Francie)

Have you ever wondered where the name France comes from?

It comes from the Latin “Francia,” which later became “Francie,” and eventually France. Its origin is “Frank,” a Germanic word that means “free.”

France is called something similar in other countries whose language is Latin based.

Many French names have their origins in this ancient name, including the French language in French, which is “Français.”

Many germanic countries still call France The Kingdom or Empire of the Franks in their languages.

After Clovis I, king of the Franks, conquered the Roman Empire, he converted to Christianity, and France became the first country to establish Christianity as a state religion.

Since the Declaration of the Rights of Man and of the Citizen of 1789 (Déclaration des droits de l’homme et du citoyen), France has often been called the “country of human rights” and sometimes “the fatherland of human rights.”

This document is one of the most important documents in history because it clearly states that every man on Earth has equal rights. It also mentions the separation of power, the right of freedom, religion, speech, and ideas of liberty. Unfortunately, these rights are not mentioned for women or slaves.

The French National Assembly used the United States Declaration of Independence as a model when drafting the Declaration of the Rights of Man and the Citizen in 1789. Both included Enlightenment principles

12) Land of wine and cheese

Land of wine and cheese plays on the fact that they are two products that France is well known for producing and exporting.

There’s a famous French saying that “there is a different cheese for each day of the year” (Un fromage par jour de l’année).

France produces over 1500 varieties of cheese and is the only country with such a wide range of cheese products exported worldwide.

Switzerland is also known as the land of cheese.

The baguette is a staple French food, and despite being a relatively new invention, it’s become as much of the French identity as cheese, wine and gastronomy.

Province is a curious nickname often used to refer to all the regions of France outside of Paris. This may be why the nickname for the French-speaking Province of Canada is “la belle Province” (the beautiful Province). If you remember you’re history, Quebec and surrounding areas belonged to France and were once called New France (la nouvelle France).

It’s used less often today, but between 1870 and 1918, “L’intérieur” or “La France d l’intérieur” was a common way for people who lived in the annexed territory of Alsace-Moselle to refer to the rest of France, which is inland.

This historical region, also called Alsace-Lorraine, shares a border with Germany and was passed back and forth between these two countries for centuries. It was permanently ceded to France under the Treaty of Versailles after Germany’s defeat in World War I.

La Grande nation was a country nickname for France during Napoleonic times. These days it’s a term used mainly by German-speaking areas.

The nickname “La Douce France” was made famous by Charles Trenet’s song: Douce France in 1947. Have a listen to the song below.

While English is known as the “language of Shakespeare,” French is often called “the language of Molière.”

The land of Moliere is an extension of this expression because it’s filled with people who speak the language of Moliere.

The Enlightenment age was the period in Europe when ideas focused on human happiness, the pursuit of knowledge through reason and the senses, and ideals such as liberty, progress, toleration, fraternity, constitutional government, and separation of church and state.

Wrapping up Other names and nicknames for France

These are just a few of France’s most well-known and popular nicknames.

There are many more known locally, some are pejorative, and some are regional.

Maybe you’re not one of those Disneyland moms (or dads). I get it, I’m not one either, but I went anyways. Here are my top ten END_OF_DOCUMENT_TOKEN_TO_BE_REPLACED

If you love French cuisine and casseroles, you’ll want to try some of these classic French potato casserole dishes.  Everyone loves a good casserole, especially a END_OF_DOCUMENT_TOKEN_TO_BE_REPLACED

Nice may be the birthplace of salad Niçoise, but there’s more to this French city than meets the eye. Here are some obscure, forgotten, little-known and END_OF_DOCUMENT_TOKEN_TO_BE_REPLACED

If you’re from the US, Canada, or the UK, when you think of Fried eggs, especially sunny-side-up eggs (fried on one side with an unbroken yolk END_OF_DOCUMENT_TOKEN_TO_BE_REPLACED