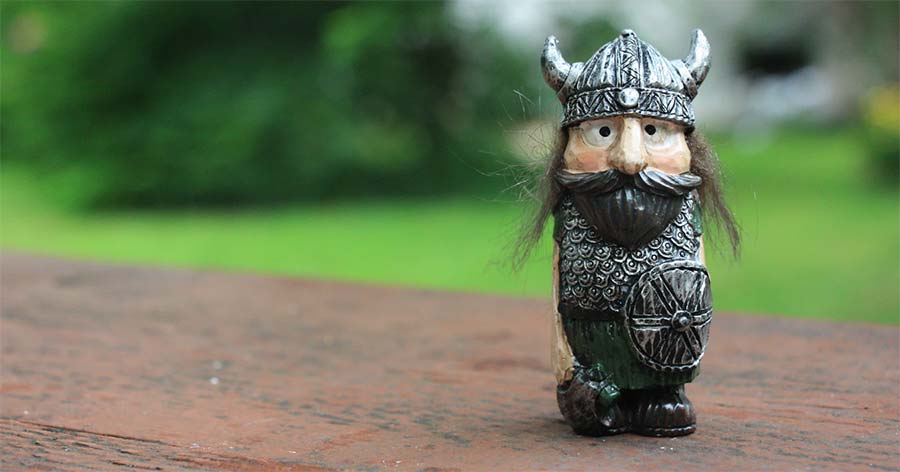 Irish is a Celtic language, English is a Germanic language, and French is a Romance language. These seemingly unrelated languages have more in common than you think. Here’s how Viking settlers conquered and settled in Northern France and brought the French Romance Language to Ireland. Plus some examples of French loan words the Irish language borrowed.

The Irish language has an amazingly long and rich history.

The Irish language is one of 16 ancient Celtic languages that were once widespread mainly across Europe, spoken by the Gauls, who were Celtic tribes.

The Gauls lived in what is now modern-day France, parts of Belgium, western Germany, northern Italy, Portugal, Switzerland and even Turkey.They arrived in modern-day Britain and Ireland around 500BC.

Of the 16 original Celtic languages, only six are still spoken today. The rest are extinct.

Although Gaelic Irish, also called “Gaeilge nah Eireann” in Standard Irish, is the national and first language of Ireland, most Irish people living in Ireland speak English in their day-to-day lives.

The bulk of the people who do speak Irish learned it as a second language because, since 1922, children must learn it in school and no longer learn it as a mother tongue at home.

UNESCO has labelled Irish as a language that is “Definitely Endangered.”

It’s estimated that there are roughly 138K native Irish speakers in Ireland.

Here’s a sample of some Irish words and numbers and how to pronounce them.

How did French words infiltrate the Irish language?

The Normans, from Old Norse for “north men,’” were the descendants of Vikings, who colonized the northwestern part of France, now known as Normandy, in the early 9th century AD.

The name ‘Viking’ comes from the Old Norse language and means “pirate raid”.

These early Germanic-speaking Vikings were indigenous Scandinavian sea pirates from modern-day Denmark, Norway, Sweden and Iceland who raided and traded across northern, central and Eastern Europe. Gradually, the Viking raiders began to settle in the lands they seized and intermarried with the local Romance-speaking population.

By the year 1000, the Viking descendants were no longer Viking pagans but French-speaking Christians. But the French they spoke didn’t sound like the French spoken today. The Normans spoke Norman French (Viking French).

In 1066, the Normans from current-day Normandy in France crossed the English Channel and invaded England in the Battle of Hastings, which led to “The Norman Conquest” of England.

The army was made of Normans, Bretons, Flemish, and men from other French provinces and was led by the Duke of Normandy (the first ruler of Normandy France), who later became known as William the conquerer.

After the Norman conquest, William became the first Norman King of England.

If you’ve ever watched the Irish-Candian TV series “Vikings” on the History Channel, you know who I’m talking about.

Rollo was a Viking leader (either Danish or Norwegian) who began raids on France in the ninth century. The West King of the Franks in Paris, known as Charles the Simple, gave Rollo part of the area now called Normandy (for Northman’s land) as well as Brittany. In exchange, Rollo agreed to protect them against Viking raiders. Rollo also agreed to be baptized and to marry Gisela, the king’s daughter.

Rollo’s Old Nordic or Old Scandinavian name was Hrólfr . Rollo is the Latin version of his name. After Rollow was baptized, he became known as Robert or Robert the Rich.

Queen Elizabeth II and the British Royal Family are direct descendants of Rollo through William the conqueror.

Norse French became the official language of England and Ireland

In 1169, the Normans invaded Ireland and soon controlled much of the country, and Norman-French also became the language of English officialdom in Ireland for more than two hundred years.

Although Irish eventually won out as the most commonly spoken language, Norman-French gave new words to the Irish language, especially in the southern dialects.

If you’re interested in learning more about the Vikings, this is a really fun video done in a kind of Southpark style.

I was curious about what Norman French sounded like, so I looked up a few videos and was surprised at what I heard.

To my ear, Norman French sounds like a distant relative to French Canadian: My family all hail from Quebec and speak Quebecois. Although I couldn’t understand everything, the intonations sounded more similar to French Canadian than standard French from France.

Have a listen to the video below.

Many “French” words in both English and Irish Gaelic have more to do with older Norman French than with modern, standard French.

As I mentioned before, Norman French is a variation of French. It’s a result of various Viking dialects intermingling with the French in the areas the Vikings colonized.

In fact, Norman French is classified as an Oïl language and is considered the ancestor of many local dialects that were spoken in various regions of France including standard French, Picard and Walloon. These languages developed in their own way from Norman French.

Some of the southern dialects of Ireland are still detectably influenced by Norman French and contain several typically French words like “garsún” meaning (boy).

Here are some words, English: Irish and the modern French word equivalent…

Counting in Irish vs French

Although the Vikings were in Ireland for a relatively short time, they left a considerable legacy behind. From traces of their language to their culture and even their surnames from the Vikings who settled in Ireland.

Even the royal family is a direct descendent of the Great Viking warrior Rollo.

New research shows that the Irish are more genetically diverse than most people assume. The Irish have Viking and Norman ancestry in similar proportions to the English. Many people who think they are of pure Galic Irish descent are surprised to learn that they have considerable Viking DNA coursing through their veins.

If you’re from the US, Canada, or the UK, when you think of Fried eggs, especially sunny-side-up eggs (fried on one side with an unbroken yolk END_OF_DOCUMENT_TOKEN_TO_BE_REPLACED

“Let them eat cake” is one of history’s most famous quotes attributed to Marie-Antoinette, the queen of France during the French revolution. But did she really END_OF_DOCUMENT_TOKEN_TO_BE_REPLACED

CHEERS! Bottom’s up! Here’s mud in your eye! Cin-Cin! Have you ever wondered how to say cheers in French? Here are 11 ways to raise a END_OF_DOCUMENT_TOKEN_TO_BE_REPLACED