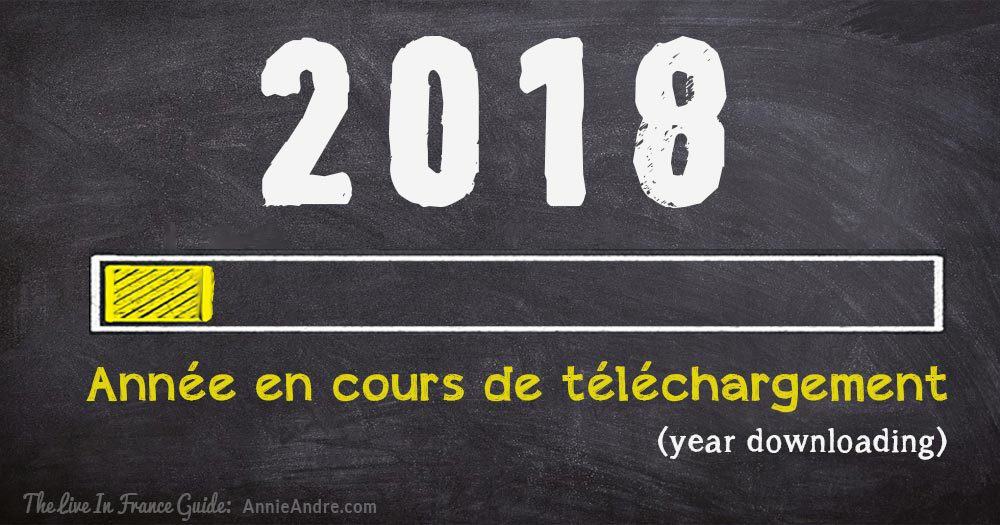 Another year has come and gone. I hadn’t planned on writing a New Year’s post but I figured I’d better write one now during the month of January before I get knee-deep into the year. So I’d like to take this opportunity to share the top 10 most popular articles of 2017 and give you a little back story into how I decided to write each one.

I’ve been blogging here at www.AnnieAndre.com for about 6 years which is a long time if you think about it. If you’re a blogger or work from home you’ll understand what I’m about to say. If not, consider this a little education as to what it takes to run a blog.

Blogging is a lot of hard work and it can get lonely. So much of it is done alone, on your own, in a quiet place far away from the people you’re talking to. But it’s welcome hard work for me because it’s a labour of love. There is just no way I would have been able to sustain it this long unless I loved doing it because you’re not going to get rich off of blogging.

Another thing about blogging is it involves more than just writing. I don’t have a team of people working for me so I have take care of all the marketing, social media management, graphics, site design, branding, infographic and featured photo creation and so much more.

Thankfully I have my family and friends to keep me sane plus my network of online friends and groups where I commiserate with other like-minded people. .

So to make a long story short, I’m writing this post to thank you and to share my top 10 posts of 2017 (in terms of website traffic). I hope you enjoy them and I hope I can continue writing for you for many more years to come.

Merci and Thank you

Kicking off this list is something I published a couple of years ago listing 101 French terms of endearment.

I never know for sure if a post will be well received or not but this article has consistently been my most popular post month after month for the last year. I am usually on the first page of Google for several search terms like this one “french terms of endearment”.

I guess there are a lot of people looking to learn how to whisper sweet nothings ( in French) to their honey bunny.

I originally wanted to write an article solely about strange table manners in France but couldn’t find enough to make a whole article- the French have extremely good table manners.  So instead, I compiled a list of strange table manners from around the world and included one from France which isn’t really that strange. Judge for yourself.

3) –Why Am I So Boring? 10 Signs You are Boring The Hell Out Of Everyone And How To Be Less Boring

Here is a post which I wrote years ago but remains one of my most popular posts of all time. It’s a very personal story about being shy and worrying way to much about whether or not other people thought I was a boring person.  In the article, I also list the top 10 things which I helped me overcome these feelings, one of which was travelling.

4-) 10 Real Examples Of Culture Shock That Will Amaze You: Dog Poop, Boobs And Beyond

This article wasn’t meant to be a really serious post but it turned out to be a fairly popular one nonetheless. I often wonder if it is as popular as it is because of the title which promises boobs and dog poop in the same sentence. In any case, the culture shock examples listed in this post do truly rub some newcomers to France the wrong way. I’m so used to living in France that they don’t phase me anymore.

5-) 101 Simple Adventures You Can Do Everyday: Bust Out Of That Rut

This is one of those posts which I wrote partly for myself. Most of us think of Adventure in terms of doing exciting or dangerous things such as skydiving or swimming with sharks but in reality it’s a very personal thing. What you find adventurous is going to be very different from what I find adventurous. So I created a list around the idea of adventure being doing something that excites you or everyday adventures which normal people can in their everyday life.

I wanted to find some inspirational quotes about adventure. My original plan was to put together a list of just 25 or so adventure quotes but that didn’t seem like it was enough since everyone on the internet seemed to have similar lists. So I went kind of crazy and did a bigger list. The result is this huge list of 101 adventure quotes which actually took me quite a bit of time to put together because I had to read through all the quotes and choose the ones I thought were the best or most inspirational.

7-) How Much Does It Cost To Live In France For 1 Year? (Personal Experience)

I pulled back the curtain on our actual living expenses when we lived in Marseille France. I’m due for another “cost of living in France post”. Only this time it will be about the cost of living in Montpellier.

8-) The Fine Art of Greeting A French Person With A Kiss: How To Faire La Bise

One of the most confusing things many people face when they first come to France and make friends is how to greet French people. Specifically, how and when should you cheeks (Faire la bise). Believe it or not, there is a fine art to this very French way of greeting but once you understand the fundamental rules, it’s gets easier. I share everything I learned about French cheek kissing as taught to me by my French friends.

I created an infographic about French texting out of necessity. Just as English has their short cuts for writing text messages like LOL and BTW, the French have their own way of texting.  Check it out. You never know when you might need to decipher what your French friends are writing.

10-) How To Travel or Live Abroad With Kids When Your Ex Says NO!

Here is another personal story. This time I share how I was able to move to France with my two sons without the permission of my ex husband.

My situation had extenuating circumstances which I explain in this article. My initial hope for writing this very personal story was to encourage parents who were the sole care takers of their children that it is possible to move abroad depending on your circumstances.

In my case, my ex pretty much didn’t exist in the lives of my boys so this and many other factors made it possible for me to move abroad with them. A judge also agreed with me obviously since I was able to leave the country.

In any case, I still get dozens of emails every week from people thanking me for writing this article. You’ll have to read the post to find out the details. Get a cup of coffee because it’s a long one.