7 Strange Table Manners Around The World: Burping, Farting and More 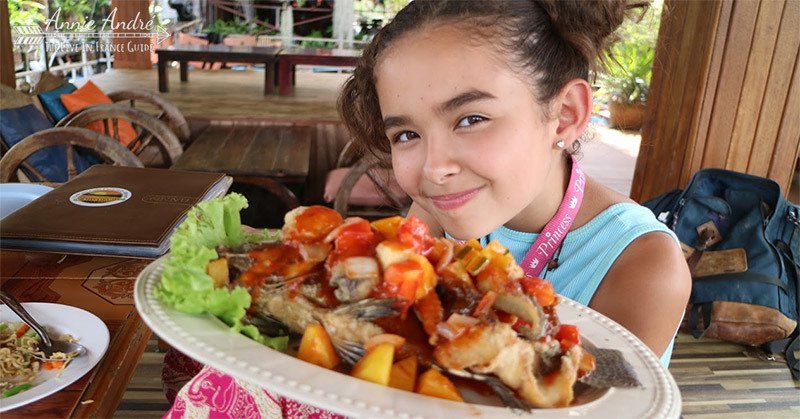 tags: French culture, French etiquette, French manners, strange customs
2.7K shares
We all like to think we have good table manners, but what you consider appropriate table manners may actually be considered rude in another country and vice versa! Let’s explore some strange table manners around the world.

“SLURP, SLURP!” That was the sound all around us.

I was 19 years old and living in Japan in a tiny Japanese apartment with several other girls. None of us were Japanese, by the way.

After a night out dancing in Roppongi, we decided to grab a bite to eat at a Japanese food cart (Yatai). We found a ramen stand, and each ordered a bowl of piping hot street ramen.

Most of the girls I was with were not very talented with chopsticks.

One of the girls in our group was a beautiful blond girl from Carmel, California, raised like most westerners to believe that “YOU SHOULD NOT SLURP” and you “SHOULD NOT hold your soup bowl up to your mouth.”

Each time Jenny grabbed a few noodles between her chopsticks, they slid back down into the bowl with a plop before reaching her lips. This happened over and over again.

The other girls and I encouraged her to raise her bowl closer to her mouth and slurp the noodles like everyone else, but she refused, feeling embarrassed.

Improvise, adapt, and overcome or be miserable!

Jenny never did adapt to the food, etiquette or culture in Japan. She experienced a bit of culture shock and returned home less than six months later. As for my other girlfriends and I, we stayed in Japan for over three years—loving every second of it.

The point I’m trying to make is what’s considered bad manners in one country may be regarded as good manners in another country and vice versa. If you don’t adapt, you’ll be miserable like my friend.

You might be interested in reading: Holy Crepe! Why Do French People Eat Crepes on Groundhog day in France

Or Discover What People Eat Around The World In One Week?: Photos Will Shock You

7 surprising & Strange Table Manners From Around The World.

Food and the rituals surrounding them are an important part of every culture.

Your experiences eating local cuisine and local food culture could be one of the most memorable parts of your trip. It can give you as much insight into a foreign culture as going to see the local cultural sites of that country.

Rather than judge other countries eating habits, try to understand their origins and adapt.

If you don’t at least try to adapt to the local food customs of your host country, you’re missing out and could end up like my friend Jenny, miserable because she couldn’t let go of her preconceived idea of good manners.

Here are seven table manners from around the world that you might find peculiar but are perfectly normal in other countries.

In Japan, slurping noodles is perfectly fine. It’s an indication that the food is good. You’ll probably look weirder, like my friend Jenny for not slurping your noodles.

But be careful, in Thailand and parts of China where it’s accepted to slurp but not really encouraged.

Know before you go.

My mother used to tell me it was bad luck to stick your chopsticks into your rice.

In some Asian countries like Thailand, Taiwan, Japan, China and Korea, sticking chopsticks in your rice is bad luck or taboo because that’s exactly what you do at some funerals.

When a beloved passes away, the family members prepare a bowl of rice with chopsticks standing vertically inside the rice bowl. So you could say your tempting death.

Another chopstick taboo: Don’t pass food with your chopsticks to another person’s chopsticks because this is how the bone ashes are transferred to an urn or bone pot.

3- Should you finish all the food on your plate?

You might be surprised to learn that in some cultures, finishing all your food on your plate is a sign that your host didn’t provide you with enough food, and in many cases, your host will continue to serve you each time you clear your plate and drink your entire beverage.

Filipinos, Cambodians, Koreans, Egyptians and Thais will all think this. For Japanese people, finishing one’s plate and rice bowl signifies to the host that the meal is complete and that you appreciate the meal.

When in doubt, observe what other people are doing.

4- Is it ever polite to fart after a meal?

Articles have been circulating the web that the Inuit people of Canada fart after a meal to express thanks and appreciation after a meal.

As interesting as this sounds, I found no proof of this whatsoever. I included it on my list, but I’m calling bull poo poo on this one.

5- Yes, You should Belch and Burp:

In certain parts of India, China and Bahrain- a small island country located in the Middle East, just south of Kuwait, burping after a meal can be a sign of appreciation and satiety.

6- Don’t Cut Your Salad With A Knife In France!

Just as you were probably told from an early age never to put your elbows on the table, many French parents teach their children never to cut their salad with a knife.

You’re supposed to gently fold the salad leaves with your knife and fork into a little portion that can be picked up with your fork. Voila!

Why is it impolite to cut your salad leaves?

There’s a practical but forgotten reason why folding and not cutting your salad is considered good manners. It dates back to when knives were made of ordinary steel or iron instead of the stainless steel knives we use today.

Because steel and Iron knives tend to react by tarnishing from vinaigrette or citric juices of the salad dressing, the person preparing the meal would cut the salad into bite-size pieces before serving guests. (source in French). Knives were also known to discolour or brown the edge of the cut lettuce.

If the cook saw you cutting your salad after it was served to you, it meant they didn’t cut the salad properly and voila, a table etiquette is born.

Do people really follow the “no salad cutting etiquette” in France?

In a practical or everyday setting, French people do cut their salad. At fancier get-togethers is when people bring out their best table manners. So go ahead and cut your salad if you need to. The French etiquette police won’t come after you, and no one will look at you like you’re an ill-mannered eater.

7- Use your spoon, not your fork, in Thailand

Have you ever gone to a fancy restaurant and weren’t sure which fork to use first?

Fear not. It’s the fork furthest from your plate.

In Thai culture, the fork rarely goes into your mouth. The spoon is the main utensil, usually held in your right hand, while the fork is used as a rake to push food from your plate onto your spoon. In other words, you use your fork as you would a knife.

The exception is when eating something that isn’t served with rice, like fruits.

As far as knives go, Thai dishes are usually already cut into bite-size pieces or easy to cut with a fork, such as fish, so you don’t really need a knife at a Thai table.

Chopsticks are usually for stand-alone noodle dishes in Thailand, not for rice dishes.

In the northern provinces of Thailand, where sticky rice is predominantly served, you can just eat with your fingers. Simply take a clump of rice in your hand and compress it with your fingers to pick up food and sauces.

During the Renaissance period in Europe, there were no forks. The custom of using forks began in Italy but it took a while for it to catch on. Forks were initially viewed almost to a fault as excessively refined. In the case of men, it was even considered a sign of effeminacy. Even then, only the wealthy could afford them throughout the 17th century.

Don’t take these rules too seriously.

Just as you don’t adhere to all the table manners you were taught to follow, not everyone in other countries adhere to their table manner rules 100% either.

When in doubt, look around and see what other people are doing.

Even better, just ask someone.

And the next time you’re sitting next to someone who slurps at the table, just smile and feel happy that you know they’re showing appreciation for their meal.

Maybe you’re not one of those Disneyland moms (or dads). I get it, I’m not one either, but I went anyways. Here are my top ten END_OF_DOCUMENT_TOKEN_TO_BE_REPLACED

If you love French cuisine and casseroles, you’ll want to try some of these classic French potato casserole dishes.  Everyone loves a good casserole, especially a END_OF_DOCUMENT_TOKEN_TO_BE_REPLACED

If you’re from the US, Canada, or the UK, when you think of Fried eggs, especially sunny-side-up eggs (fried on one side with an unbroken yolk END_OF_DOCUMENT_TOKEN_TO_BE_REPLACED

“Let them eat cake” is one of history’s most famous quotes attributed to Marie-Antoinette, the queen of France during the French revolution. But did she really END_OF_DOCUMENT_TOKEN_TO_BE_REPLACED