Why The French Hate Halloween! And Why It’s So Controversial 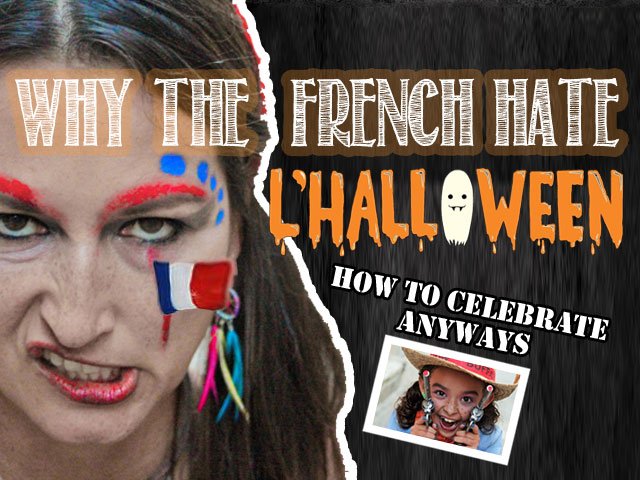 After having lived in France for several years, we’ve encountered plenty of people who celebrate Halloween in one form or another. However, we’ve also learned that Halloween is somewhat of a controversial and confusing holiday to the French.  I would go so far as to say that many people in France hate Halloween. Here’s why.

Well, Catherine?  What do you think of your zombie/fairy costume? 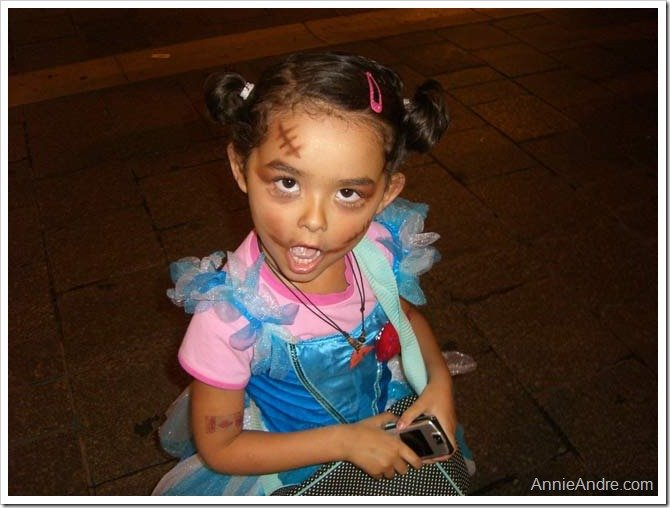 In Marseille 2011:  All dressed up for Halloween but nowhere to go

Our first Halloween in France

We first arrived in France on Octobre 6th of 2011. When Halloween rolled around a couple of weeks later, our daughter wanted to celebrate Halloween. Luckily we picked up a costume at Winners in Montreal before arriving in France.

We also didn’t know the average French person sees Halloween as a morbid, superficial and commercial holiday imported from the United States.

Halloween Controversy In France: Why the French hate Halloween 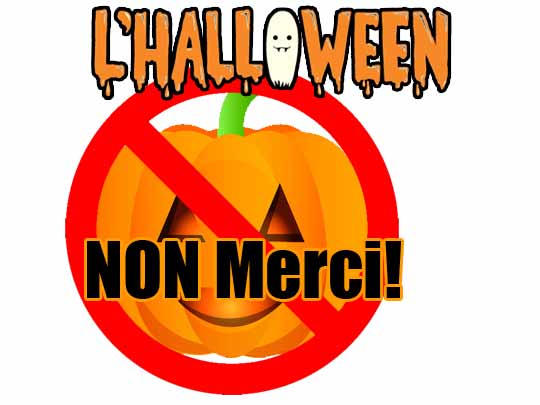 1) Halloween is not a traditional French Holiday:

Halloween is not a conventional French Holiday like Easter, Christmas or even mothers day. Those are holidays you celebrate with a purpose and out of tradition which the average French person can understand.

Fake blood, vampires, cutting up pumpkins instead of eating them and going from house to house for candy?  What’s the point?

2) Halloween is seen as an imported American culture

Despite the fact that Halloween originates from Europe, probably of Celtic origins, it’s regarded as yet another imposition of American culture on French customs and traditions right after McDonald’s and Ketchup. This association with America and Anglo-Saxon culture is enough to make some French people turn their French noses up to the idea of Halloween.

The fear is that the French identity gets lost borrowing from anglophone countries. This is silly on so many levels because so many French holidays and celebrations are borrowed from foreign cultures, to begin with.

Before the 1990s, Halloween was relatively unknown to the average French person. Today, it’s well known in France however many people are confused about how to celebrate it because they didn’t grow up with it. They understand the basic concept but the idea of going door to door dressed up in ghoulish costumes asking for candy is very foreign. 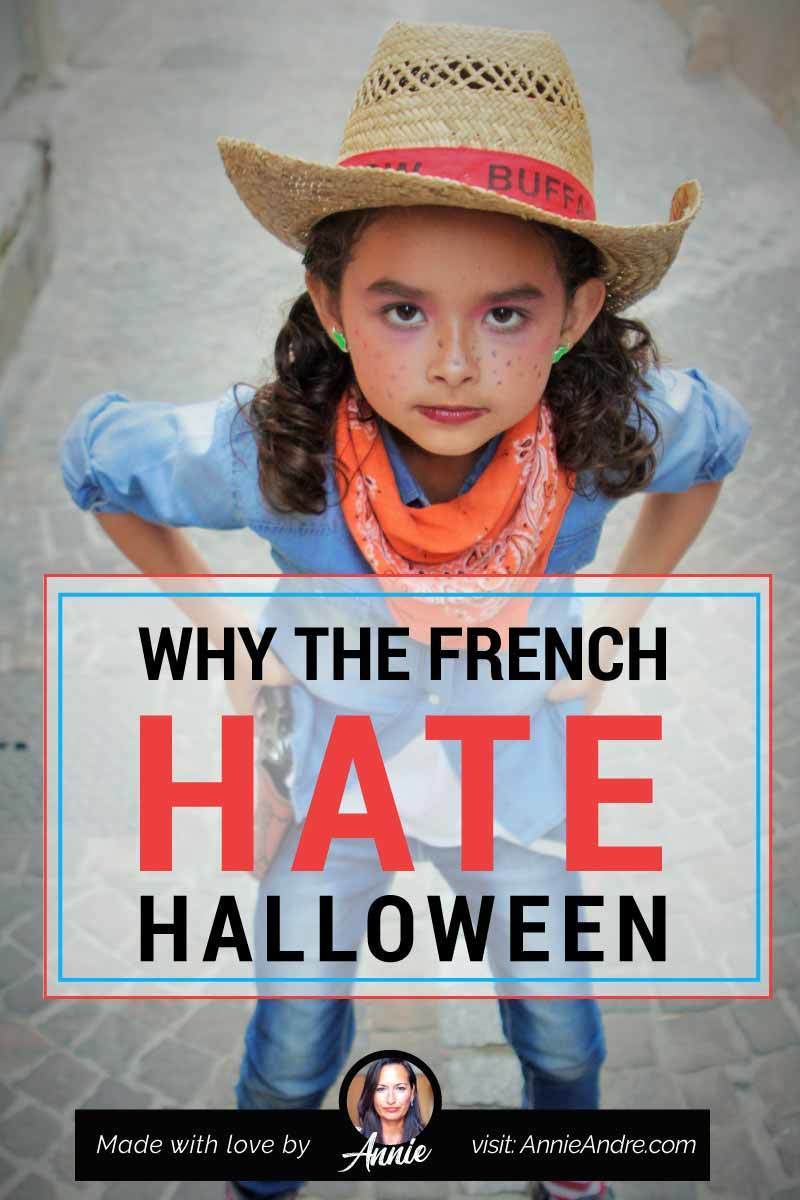 4) Bad timing: Halloween steals the limelight from another French holiday

Another reason Halloween is not well received is because of timing. It has the miss-fortunate luck of occurring the day before an ancient all-important Catholic holiday called La Toussaint (All Saints Day) on the 1st of November where French people visit cemeteries and freshen up the graves and tombstones of their loved ones with fresh flowers.

5) Halloween is seen as a crass commercial way for stores to make more money.

Nobody likes blatant commercialism but it’s a necessity which many French businesses take advantage of during Halloween and some French people don’t like that. Especially when it comes to an imported and foreign celebration like Halloween.

French grocery stores, bakeries, small shops and companies use Halloween imagery in their ads and shop windows to sell more products and drum up more business.

In the video below, the store Carrefour (A French grocery store chain) threw a little Halloween dance for customers).

I have had countless friends mention that they don’t know how to pronounce Halloween, almost as if it’s just another reason to hate Halloween.

In French, the H is silent, so the French pronounce Halloween without the H like this..”AAA-Lo-EEN”.

Despite all the anti-Halloween sentiment, it’s not hard to find those who want to embrace it. And this is problematic for some French people who think it’s almost unpatriotic to embrace such a blatant Anglophone (read American) celebration. Not my words.

Don’t let that stop you.

I grew up in a multi-cultural home with a Thai mother and a French Canadian father. We often celebrated various Thai celebrations that no one knew about locally. My favourite was Songkran, , the Thai water festival.

No one batted an eye.

Likewise, you don’t need to abandon your family customs and traditions such as Halloween when you’re in France.