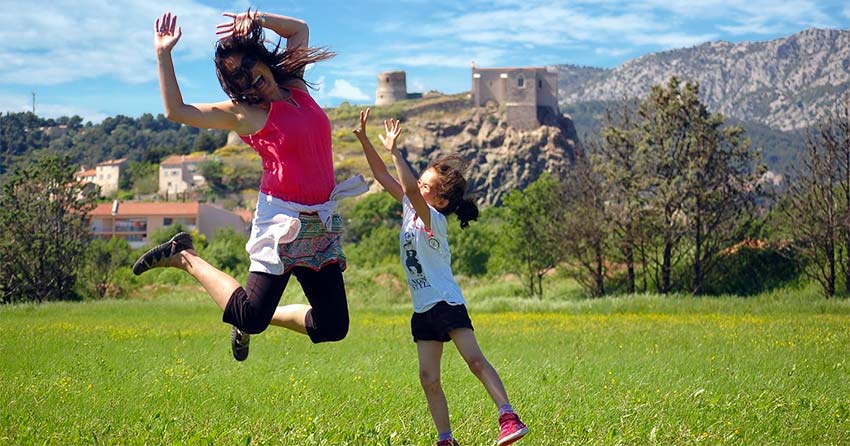 What day is mother’s day? Is it on the second Sunday or the last Sunday of May? Are you sure Mother’s Day is even in May? Surprise! Mother’s day is celebrated on all those days, depending on what part of the world you ask. Here’s a list of all the mother’s day dates celebrated around the world.

When Is Mothers day in France?

Unlike the US and Canada, Mother’s day in France is celebrated on the last Sunday of May, unless it coincides with Pentecost day, in which case Mother’s Day is moved to the first Sunday of June.

Meanwhile, the US and Canada celebrate Mothers day two weeks earlier on the second Sunday of May.

But I didn’t know that when I first moved to France. I just assumed Mother’s Day was celebrated on the same day in most countries.

When is Mother’s day in France?

My First Mothers Day In France (or was it?)

On the Friday before what I thought was Mother’s day in France, I expected my preschooler to come home with at minimum a handcrafted Mother’s day gift. To my surprise, she came home empty-handed.

No card, no drawing, not even one of those macaroni necklaces.

No big deal, I thought.

“Maybe kids in France don’t make handmade gifts at school for mother’s day, just like it’s not customary for kids to pass out Valentine’s day cards in class on Valentine’s day.”

I thought in the least that flower shops in France would have special mothers day bouquets. Nope, nothing. It looked like any other Sunday in France. Oh well.

I didn’t give it a second thought.

Two weeks later: On the last Sunday of May

To my surprise, two weeks later, on the last Sunday of May, my daughter marched into our kitchen and blurted, very proudly,  “Maman, Bonne fête des mères. J’ai un Cadeau pour toi!” which means “Mommy, happy mothers’ day, I have a present for you.”

She stuck out her hand and gave me a handmade card with the words “Bonne fête des mères” (‘Happy Mother’s day), written in her scratchy preschool handwriting. All the kids in her class made cards for their mothers also.

Flower shops were abuzz with special Mother’s day bouquets; restaurants had special mother’s day meals, which required a reservation. Overall, Mother’s day in France is celebrated much like it’s celebrated in North America, and world order was restored.

Many historians believe some aspects of modern Mother’s Day can be traced back to the ancient Greeks in an annual spring festival to honour Rhéa, “Mother of Gods,” goddess of nature and fertility. To honour her, they offered flowers, garlands and fruit offerings. Rhea is closely associated with the Roman mother goddess called Cybele.

The Mother’s day we celebrate today in the western world has more recent roots. It originally began as a women’s movement to better the lives of other women.

Anna Reeves Jarvis (1864-1948) of Philadelphia is most often credited with founding Mother’s Day. Jarvis dedicated her life to establishing Mother’s Day to “honour all mothers and continue the charity work her late mother started.

As a result of her efforts, the first mother’s day was observed on May 10, 1908, three years after her mother’s death, at St. Andrew’s Methodist Church in Grafton, West Virginia, which is now the location of the International Mother’s Day Museum.

Within five years, almost every state observed Mothers day in the US, and in 1914 president Woodrow Wilson made it a national holiday.

The holiday quickly became a commercialized. What had initially started as a day to honour mothers became associated with sending cards and giving flowers and gifts. Anna Jarvis hated the over-commercialized nature of what mothers day had become.

Inspired by American Mother’s day, French mothers were honoured and encouraged to have many children to repopulate France. The day was called “national day of mothers of large families” (journée nationale des mères de families nombreuses). Emile Zola popularized this movement and in 1906, in a small village called Artas, 2 mothers of 9 children were awarded the prize for “High maternal merit”.

The first official mothers day celebration in France as we know it today occurred on April 20, 1926.

France isn’t the only country that celebrates mother’s on the last Sunday of May.

There are actually over 30 different Mother’s Day dates around the world; not all of those days are called Mother’s Day; for instance, in the UK and Ireland, it’s called “Mothering day.”

Here’s a complete breakdown of countries that celebrate some form of mothers’ day grouped by date.

Second Sunday of May:

1st Sunday of May

last Sunday of May

Lent is usually in March.

26 other Mothers day dates around the world

Mothers are important around the world.

Regardless of the date or what the people of a country call this day dedicated to mothers, the spirit of the celebrations is usually the same or similar—to honour the mother (or female) of the family, motherhood, the maternal bonds, and the influence of mothers in society.

Sharing is caring; please consider saving this pin to Pinterest.

Source of mothers day dates around the world.

Pin Share Tweet Not sure what to do in France in June? From seaside wine festivals and lively jazz festivals to bullfighting festivals, here are some END_OF_DOCUMENT_TOKEN_TO_BE_REPLACED

Whether you want to avoid stereotyping, or you’re looking for unisex or gender fluid names for a little boy, here are nearly 200 softer, more feminine END_OF_DOCUMENT_TOKEN_TO_BE_REPLACED

Whether you want to break down gender stereotypes or you’re looking for boyish girl names for tomboys, I’ve put together a list of over 130 unique, END_OF_DOCUMENT_TOKEN_TO_BE_REPLACED

Do you know your steak degree of doneness levels in French? From rare steak and well done steak to seared ahi tuna steak, here’s a quick END_OF_DOCUMENT_TOKEN_TO_BE_REPLACED