Dance Like No One’s Watching Instead Of Worrying So Much 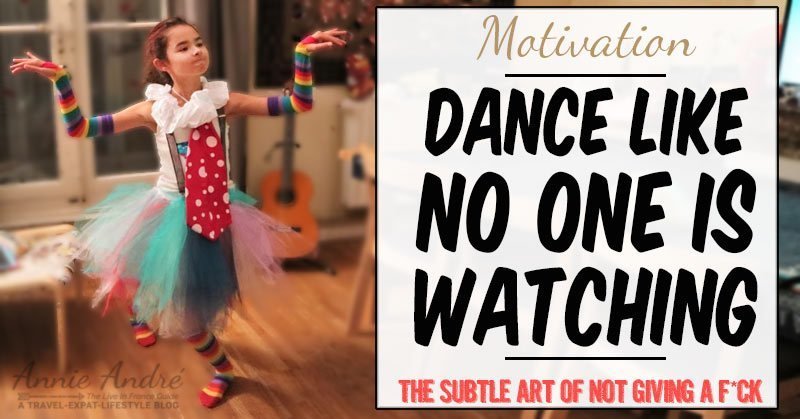 Do You Worry Too Much About What Others Will Think?  Here’s why you shouldn’t give a damn and instead dance like no one is watching.

For as long as I can remember, I have needlessly worried, fretted and agonized over so many decisions in my life; all because of one simple fact.

I was afraid of what other people would think.

I basically robbed myself of experiences that could have and should have been great. This is what regret feels like.

Flashback: Let me take you back in time to my adolescence. 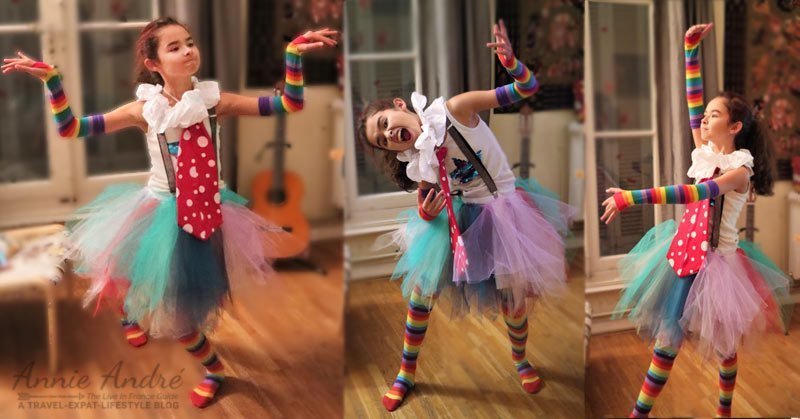 I’m a shy teenager, not yet 15, standing alone in the school auditorium. It is my first school dance in my entire life.  Everyone is dancing like there is no tomorrow, smiling and laughing and having a great time. I feel envious.

I should be dancing too…but I’m not.

It’s not that I don’t want to dance because I do.  I want to so badly. I feel my chest tighten up, and my heart skips a beat.

Despite my desire to dance, and practicing in front of a mirror for hours, I stood there motionless, glued to the wall, deathly afraid and unable to dance.

I was afraid to dance. Song after song, I stood there petrified like a statue frozen in fear.  The best I could do was tap my toes to the rhythm of the music.

I was afraid if I danced, everyone would laugh at me, judge me and stare at me.

You might be interested in reading how I used to think I bored the hell out of everyone.

After high school, for what was supposed to be a gap year (but turned into 3 1/2 years) and moved to Japan, where I lived with several female roommates doing odd jobs— teaching English, modelling, hostessing and travelling as much as possible.

One evening, my roommates and I decided to go to a club called Java Jive in a part of Tokyo called Roppongi, famous for its nightlife.

I remember this very distinctly because that was where I had my first hard liquor drink, a Singapore Sling, and immediately afterwards, I had my first cigarette, YUCK.

At the time, Java Jive was a happening reggae bar with a Caribbean theme. There was a mixed crowd of Japanese and foreigners in attendance, and everyone was dancing to the blaring music.

Then out of nowhere, the DJ played a song, which was everyone’s favourite at the time. Maybe you know it— “Big in Japan” by Alphaville?

God, I loved that song.

Blame it on the Singapore Sling, the next thing I remember is being surrounded by other people dancing, and I started dancing too. I was dancing, feeling the rhythm, singing and loving it.

I was completely oblivious about everyone else. It honestly felt like an out-of-body experience.

This feeling of just doing and not caring was entirely new for me.

There I was 19, dancing like a crazy person for the first time in my life, not caring who the hell saw me. It was FANTASTIC.

I went home that night high as a kite from both the Singapore sling and the Euphoria of dancing like no one was watching.

But then it struck me. Why had I been so scared of dancing all these years? Why did I let that fear stop me from dancing?

What else had I missed out on because I was too afraid?

A lot has happened since my first fearless public dance. Too much to list here, but I still have that fear of dancing in public, and I still care what other people think; however, I don’t let fear stop me anymore, and neither should you. 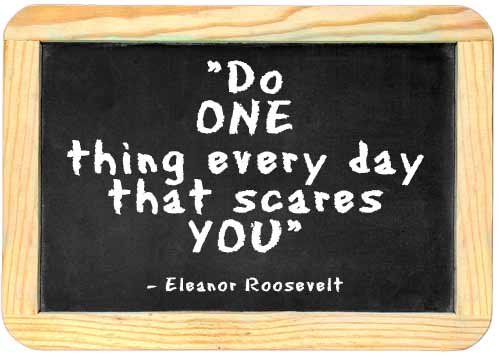 “You gain strength, courage and confidence by every experience in which you really stop to look fear in the face. You can say to yourself, ‘I have lived through this horror. I can take the next thing that comes along.’ You must do the thing you think you cannot do.”

Where do you start?

The magic happens outside of your comfort zone and doing scary things helps you grow!

To eliminate your fear, you have to regularly expose yourself to things that scare you—ideally in a positive way.

Start small and gradually build up your tolerance until your physiological fear response declines, disappears or is at least manageable.

Say yes more often, like the time I was in Floyd Virginia and spontaneously accepted a challenge to compete in a pig hollering contest, which you can read about here: How I Crushed My Fears By Screaming Like A Pig. 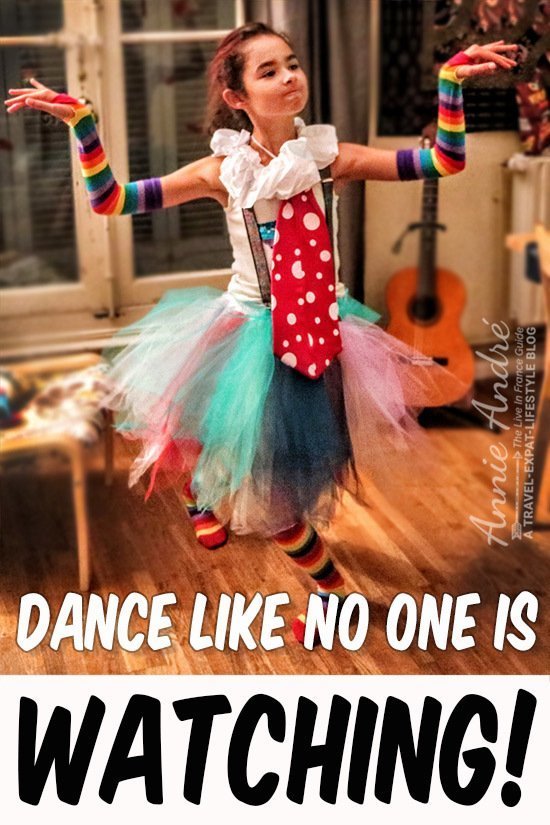 That’s why you should dance like no one is watching!

Don’t listen to fear, don’t give it power over you and bully you. Face your fear. The more you do, the more control you have over “it.” Once you understand that and systematically expose yourself to the things that scare you, life takes on new meaning and propels you forward.

How To Travel or Live Abroad With Kids When Your Ex Says NO!