Want To Live In Mexico? Find Out how An Adventurous Family Of 7 Did It

15 Reasons Why I Love Nice France

5 Inspirational Families Who travel long term with their kids: Series #1

Could You Slow Travel The World For 8 Years As A single parent? Lainie Can:Interview: (Series #6)

Heaven or Hell? A Day At The Beach In The South Of France With Our Kids 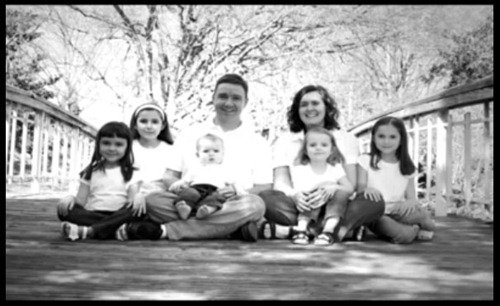 wHave you ever dreamed of leaving it all behind to live in Mexico or Costa Rica?  Think you have to be rich or save a bunch of money to support that new life?  Think you need to spend years planning it? Think Again. The WhiteHeads are an ex-military family of 7 who decided to take action on their dream of travel: kids and all. Find out how they did it.

Lured by the warm weather and beautiful beaches, every year, thousands of people from around the world travel to Costa Rico and Mexico for a vacation.

Many of those same people dream about what it would be like to trade in their lives for a new life in Mexico.

Very few take action because of all those pesky hurdles you have to jump over to make it happen. Things like how would you support yourself? How would you keep up with the kid’s education? Where would you live? Not to mention the fact that you would have to learn a whole new language (Spanish).m

I found a couple who jumped over all the hurdles and through a few hoops. And they did it with five kids between the ages of 3 and 14.  They aren’t rich. They didn’t sell off a bunch of Google stocks to make it happen, and they didn’t plan the move over several years either.  They hustled and were persistent. 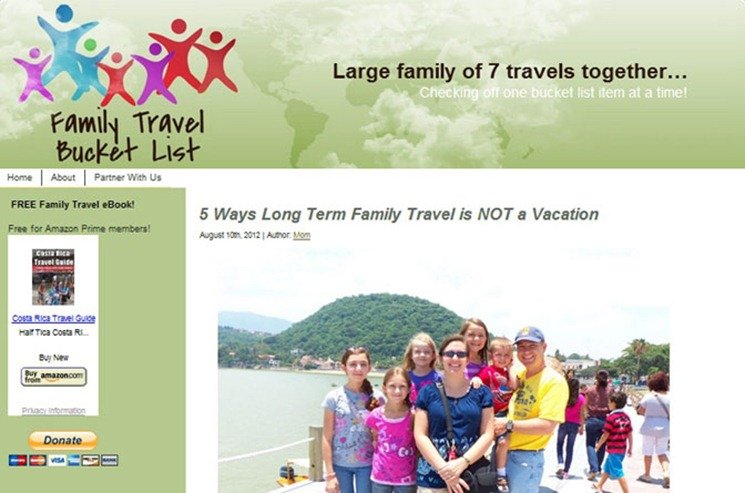 Since 2011, Susan and Michael Whitehead and their five kids have been slow travelling in and around Mexico and Central America. So far, they have lived in Costa Rica, Atenas, San Jose and now Chapala, Mexico.

Their goal is to travel indefinitely and knock as many things off of their family bucket list as possible before the kids leave to conquer the world on their own.

Living in 4 places might seem like a lot in such a short amount of time, ~12 Month Period. But thanks to the U.S. military, the WhiteHeads are no strangers to moving around. This adventurous family of 7 has had the pleasure of living all over the U.S. starting in Wichita, Kansas, then to Milton, Florida, Arkansas, Texas, Georgia and then back to Texas again.

A Chance To Settle Down

It wasn’t until they broke ties with the military that they decided to plant some roots in one place.

That place was Eastern North Carolina. There they set up their version of “THE DREAM LIFE,” which included a 9.56-acre rural farm, chicken coops, plenty of land for the kids to play on, fresh blueberries, apples, pears and more. You get the picture, right? Susan and Michael also home-schooled their kids. Life was pretty good.

You would think that they would welcome the routine and comfort of one permanent place after bouncing around to so many different locations.  So what happened? How did they end up living in Mexico?

At least that has been my experience, and that is apparently how the Whiteheads feel too because, after three years of living their ideal rural life, they felt that inevitable pull of their wanderlust spirit too.  They longed for somewhere new to explore AGAIN!

[thrive_text_block color=”purple” headline=”You might be interested in reading “]How To Travel Indefinitely: The Barnes Family Quest To Travel With 3 Kids

At the time, the economy and the country seemed to be taking a turn, and they no longer viewed the U.S. as the BEST place to raise their children. That is when they started to take action on a new dream, which was an old dream that they had put off for a long time. Susan and Michael always dreamed of travelling and showing their children the world.

So Susan and Michael began taking steps to reduce their possessions, and the anchoring effect of having a lot of stuff has on a family.

They also started to grow an online business selling self-published books hat they hoped would eventually help support their lifestyle and life of travel.

They sold most of their things, gave away the rest and stored some of their keepsake items like photos at Susan’s parent’s home.

They now own 99% less than what they used to own, which makes it easier to travel the world as a family unhindered by “THINGS.”   They each have one backpack plus they carry an additional three suitcases for other miscellaneous items totalling a whopping ten bags for seven people. That’s pretty lean.

What About The Kids? 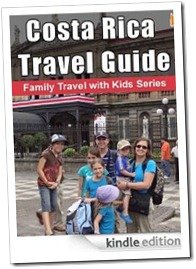 The kids were already being homeschooled, so education was not an issue. Susan and Michael decided to get the kids a language tutor who has worked out pretty well.

The biggest surprise Susan revealed to me is that when they embarked on their travels, they didn’t have a ton of savings and have had to hustle to finance their lives.

Now they have more income streams than ever and plan to add more and more as time goes on, which include internet marketing clients, sale of a previous business, digital products, books

The cost of living in Mexico is a lot less than the U.S., and they were able live quite well for under $2,000 per month. That’s for everything; food, rent, medical, clothes, tutors, sightseeing etc.

Want To Live In Mexico Too?

I asked Susan to give me her top tips to families out there who wanted to travel like they are, and here is what she said.

The Whiteheads are one of many families featured on this site. See also other amazing Families & Couples Who Are Making Their Dream of Long Term Travel A Reality.