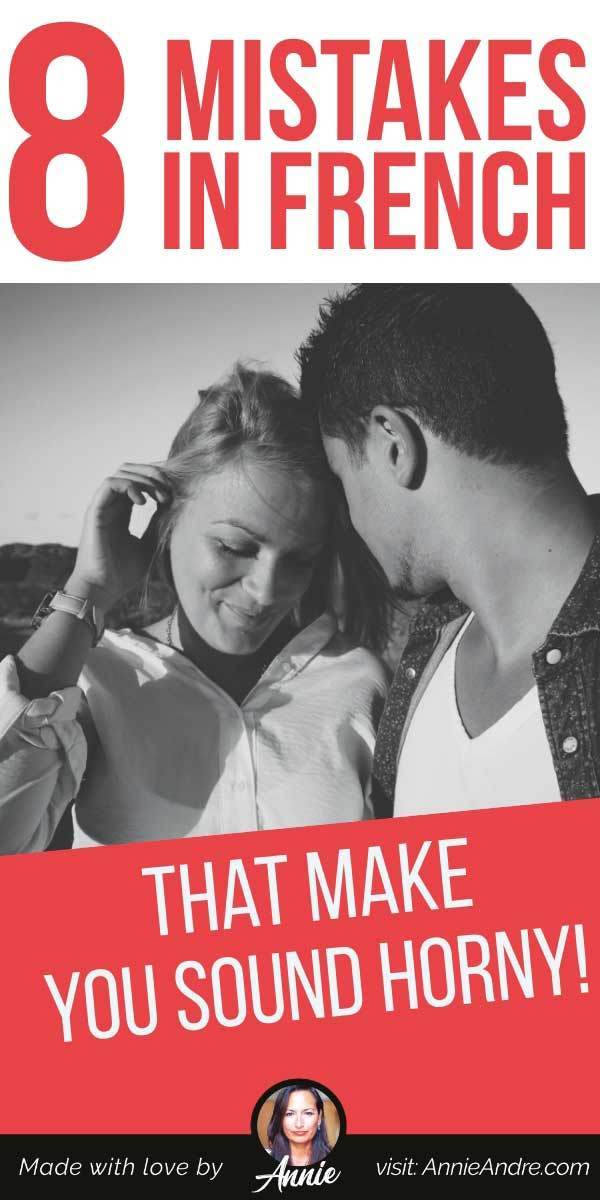 If you’re keen on improving your French or learning more French words and phrases but want to avoid the embarrassment of accidentally sounding like a sex craved foreigner than read on. Here are 8 French expressions many English speakers use incorrectly and quick tips to help you say what you REALLY want to say in French.

You know what you want to say in English and you think you know how to translate it into French but it’s challenging to find the right French word  or that perfect French phrase that matches the meaning and nuance of what you want to say because exact word for word translations don’t always match up in French with their English counterparts.

One small slip up and you could accidentally tell your French Friends they are “good lovers” rather than “good cooks”.

To help you avoid some embarrassing situations, I’ve put together a list of common English phrases English speakers incorrectly translate word for word into French that end up making you sound less than respectable. Or put another way, here are … I mean French love phrases you didn’t know you were accidentally saying.

1-You Accidentally Say in a very vulgar way: Someone has a good body or nice curves instead of good at something else…

Elle est bonne (DOES NOT ALWAYS=) She is good

When someone is good at something, whether it’s dancing, art or cooking, it’s not uncommon for an English speaker to say “wow, she is good” which when translated word for word to French would be “elle est bonne” for a woman.  The problem is,unless you specify “she is good at something”, you are inadvertently saying a woman is a good shag or a good lay. It is not very flattering and you might actually get punched.

To correctly say I feel hot in French:  You should say “J’ai chaud”.

To make matters a little more confusing for you, Quebec French has a slightly different usage of the word hot “Chaud”. “Je suis chaud” can mean I am drunk (for men) and “Elle est chaude” means “she is hot” (in a sexual way). Keep in mind, a woman cannot be drunk using “chaude”and a man cannot be sexy-hot.

3-You Accidentally Say: There are too many condoms instead of too many preservatives.

Trying to explain to someone in French why you don’t eat certain foods that contain too many preservatives is tricky because there exists in French a word that looks just like the English word “preservative”- it”s “préservatif”.

Unfortunately the French word “préservatif” means condoms so a lot of English speakers actually end up saying phrases like “there are too many condoms in cereal for children” ( “Il y’a trop de préservatif dans les céréales pour enfants.”), instead of there are too many preservatives. oops.

4- You Accidentally Ask Someone: To insert themselves inside of you instead of introducing themselves

To correctly introduce someone in French: Use the French verb “se présenter”. For example, if you want to say “let me introduce you to David”, you could say  “je te présente David” instead of “je t’introduire David” which means “let me insert David into you”. Yikes!

5- You Accidentally Say: You are sexually aroused instead of excited about some upcoming event or thing.

être excité(e) (DOES NOT ALWAYS=) to be excited about something

It’s very common for an English speaker to say they are excited about something. For example, if I say “the band U2 is playing live this week” and you love U2, you might say, “I am so excited” which translates exactly to French as “je suis excité”.  Just like in English, there can be a sexual connotation to saying “I am excited”.

To avoid sounding like you are sexually aroused, make sure there is context when you say “je suis éxcité”.  For example, you should include why you are excited. “Je pars en vacances demain, je suis très éxcité” which means, “I am so excited, I leave for vacation tomorrow”.

Other common French phrases you can use to express your excitement about something:Use “j’ai hâte”, or if you want to say you are really excited you could say “j’ai trop hâte” which can mean anything from “I am so excited” to “I can’t wait”. You can use “excité” in a non-sexual way by using certain French expressions such as “excité comme une puce” which literally means “excited like a flea”.

6- You Accidentally Say: You want to make love again instead of saying put the utensils away

Remettre le couvert (DOES NOT ALWAYS =)Put the utensils away.

Be careful about offering to put the utensils away in French because this French expression ( “Remettre le couvert”) also means to make love again as in multiple times.

7- You Accidentally Say: You want an orgasm instead of enjoying something

Je veux Jouir (DOES NOT =) I want to enjoy

There may come a point in time when you want to express how much you enjoy something. The dictionary explains that the word for enjoy in French is “jouir”. Technically, yes it does mean to enjoy but if you leave out the object in the phrase than it changes the meaning of the verb Jouir “to orgasm”.

Also take note that the verb “jouir” is a more formal way of saying you enjoyed something in French. Using “jouir” would be akin to saying “I enjoyed the play” vs the less formal way “I loved the play”. So if you want to be less formal, skip the ver “jouir” and use the verb aimer which means to love something.

8- You Accidentally Say: You want to sleep with someone instead of you envy them

The French word “Envie” and English word “Envy” look like they might be a perfect translation match and they are for the most part depending on how you use “envie” in a sentence. If you are not careful, you could end up saying I want to sleep with you “j’ai envie de toi” rather than “I envy you”.

Bonus: How to avoid asking for sex lubricant at the pharmacy when all you want is Vaseline:

There is even an expression “Et il fournissent le tube de Vaseline avec?” which literally means “And they provide a tube of vaseline” . You say this when you want to say someone is trying to fuck you over.

Tips for buying Vaseline in France: If you absolutely must have Vaseline, and you don’t mind getting a raised eyebrow or two, keep in mind the following: 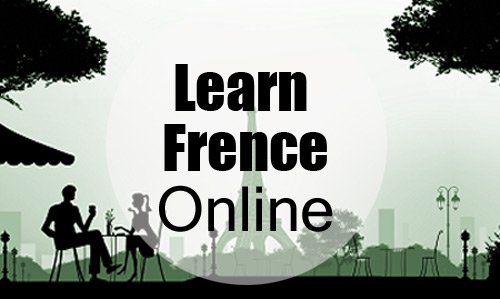 I know this can all be confusing but the point of this post was to make you aware of the different nuances and meanings when trying to translate something from English to French.

Really Useful Tips, Tricks, Hacks & Things You Can Do With A VPN