2011 Annual Review Looking Back: The Good, The Bad And The Ugly! 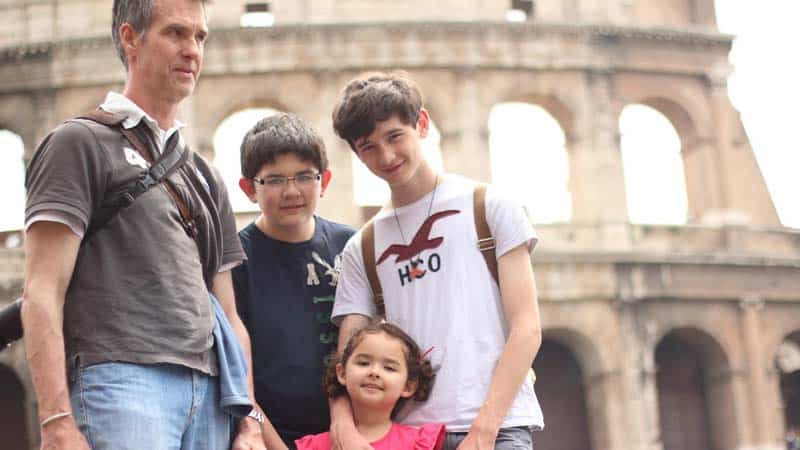 I’ve never been one for annual reviews, but I thought I would try this year.

I’ve always kept my goals in my head and have never really done any formal end-of-year review, but this year I thought I would try something different by working on goal setting followed by an annual review to see what worked and what didn’t in my life.

I followed Chris Guillebeau’s format for an annual review.

His method is simple and concise. Ask yourself these two simple questions

“Answering these questions is an easy way to begin the process of being intentional about your choices in the forthcoming year. “

In October of 2010, after surviving long-term unemployment, my husband and I decided to cut our losses, put our things in storage and move to Montreal to live with my aunt while we looked for jobs. We ended up switching gears when we realized how bad the job market was, and in January 2011, my husband and I set a goal to take our three kids, aged 15, 13 and 4, to live in France for at least a year.

After seven months of planning, with no home of our own and being unemployed, our visas were approved on September 25th, 2011.

You might be interested in reading: Cost of Living In France: How Much It Cost Us To Live in France For 1 Year.

I’m super happy about this because moving to France has been a dream of mine that I never thought I could accomplish after I had kids. It wasn’t easy, though.

I had to convince my husband, persuade the kids, arrange the visas, find lodging, figure out where to stay while we waited for our visas and homeschool the kids while living between families, mine in Montreal and Blakes in Maryland. We also did some couch surfing too.

I also had to deal with guilt trips and negative comments.

Phew…. But we’re here now, and I love seeing the world through my kid’s eyes.

For about eight months, my family and I lived in my aunt’s home in Montreal. My aunt is 80 years old and is the closest thing I have to a mother since my stepmom and birth mother passed away before I was 16.

With the exception of my husband, children and younger brother, all the family I have in the world lives in Quebec, Canada. By staying in Montreal, I reconnected with cousins and had the opportunity to spend Christmas and Canadian . My three kids met their extended family and improved their French. I love having had the chance to spend so much time together. Never neglect or take your family for granted.

It made 2011 a spectacular year for me and my family.

Before 2011 we (my kids and husband) were isolated in California with no extended family around.

I also have a whole other family on my mother’s side living in Thailand, but I’ve lost touch with them due to language and financial barriers. But I digress.

Blogging For Business And Life:

I started this blog “www.AnnieAndre.com”

This blog started as a hobby to combine all my passions and skills under one .

I Connected And Networked With New People:

Connecting with people has not been my strong point. I’m a micro-manager and a natural loner.

In 2011, I made a point to reach out to people. This is huge because, In the real world, I don’t know many people with the same views or goals as me.

There is a plethora of people online who get what I’m about and vice versa. I have a wanderlust and entrepreneurial spirit, and It’s nice to connect with other like-minded people and share stories rather than working in a vacuum. The internet has made this possible.

The first person I ever reached out to is Benny Hsu at www.getbusylivingblog.com (the blog no longer exists). I found him on Twitter and liked what he had to say about personal development, so I reached out to him. I’m glad I did because it gave me the guts to connect with others after that. Plus, I love cheering for him and seeing all his successes.

One of my weaknesses is I try to do everything myself.

This year I am proud to say I asked for help and set limits.

I also closed my business. This was extremely hard because I worked on my home business for three years to get it to the point it was at. But I realized I couldn’t run it in France, maintain a blog and take care of my family.

Between travelling, visas, the kids, cooking, making sleeping masks by hand, homeschooling and more, I was miserable.

Allowing myself to let things go and ask for help has given me some breathing room and made me less irritable.

I also invested in myself by getting help from several coaches. I was able to achieve in a few months what would have taken me three times had I tried to go it alone. I highly recommend investing in a coach to meet with a few times a year. Or form a mastermind group—both of which I do now.

I love to cook, and I’m not ashamed to say I’m a pretty good cook too.

Having an Asian mother means I was exposed mainly to Asian dishes, and that’s mainly what I cook. Baking has always been my weakness, but it was on my list of things to do, especially baking cookies with my kids.

My cousin’s wife Diane in Canada is a fantastic baker who showed me how to bake her amazing chocolate chip cookies.

Not only can I make great-tasting cookies now, but baking is a great way to connect with the hubby and kids. Everyone wants to help, and everyone loves to lick the bowl. Thanks, Diane. I love you.

When you move far away from family, friends and the routine in your life, there are bound to be things you need to leave behind.

One of my regrets is that my son had to give up his youth sailing club in California, where we lived minutes from the San Francisco Bay.

By 14, he had been sailing and racing competitively for over six years.

I hope he will be able to do some sailing this summer in the south of France If we can afford it. Cross my fingers.

Because we lived like vagabonds in 2011, the kids did not attend a physical school. My husband and I had to homeschool them, and let me tell you; it was hard as hell. It was too much.

Between uprooting and moving our family to the east coast, living like vagabonds, running a home business and taking care of the kids, I did a terrible job of homeschooling. Or at least, I didn’t do them justice.

I would have done a better job had we been in our own home and not moved, but it’s water under the bridge now.

Unfortunately, my husband and I did not take enough personal time to develop our relationship in 2011. We were busy with all that was going on, but that was no excuse.

Next year will be different. I know it.

Not Enough Progress on my new entrepreneurial venture

I’m sad to say I didn’t achieve all my entrepreneurial goals. I planned on writing an e-book and failed to finish.

I planned on coming up with a business model to monetize and turn my skills into a business. I didn’t execute.

I bit off more than I could chew by committing myself to things I didn’t have time to do. This is something that just couldn’t be avoided because making the move to France and vagabonding took all my effort and all my time.

With my home business quashed for the moment, I need to start a second source of income to support and contribute to my family financially.

2012 will be about marrying my passion for travel, entrepreneurship, helping people and rolling them into a profitable business model. ANY IDEAS?  Post them below in the comments area.

Well, that’s it. There were other small wins and losses in 2011, but these represented the bigger ones that really affected me.

Looking back and evaluating the good and the bad, I can see that the areas where I failed were because I didn’t sit down and plan my year and my goals.

All my goals were in my head. Had I sat down and prioritized, I might have foreseen that I was biting off more than I could chew for 2011.

As a result, I stretched myself too thin.

For 2012, I plan to write down my goals. I mean a really detailed plan so that I’ll have something to look back upon at the end of 2012.

Now that we are settled in France, I can focus on some of the other goals I didn’t get a chance to do.

If I can make a positive impact on the world while also providing for my family, well, that would be ideal, wouldn’t it?

I’m not going to lie. Putting my goals out there on the internet feels weird.