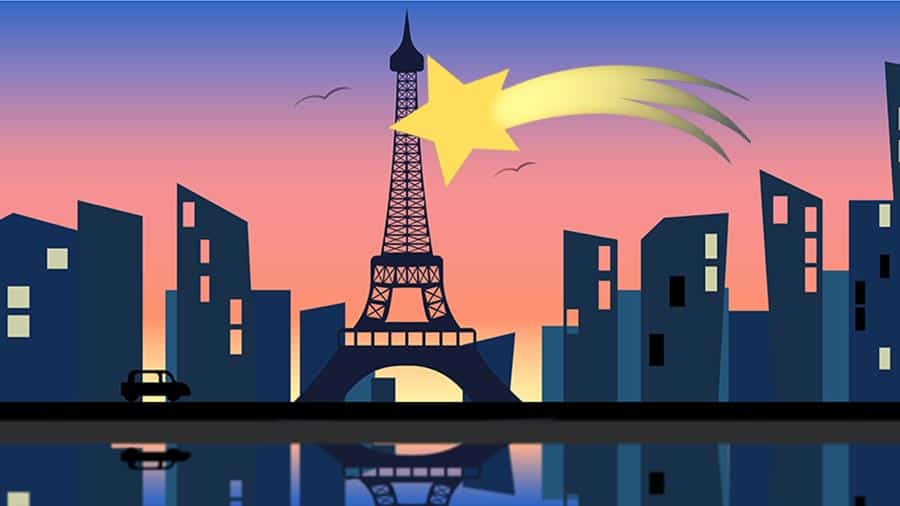 A brief history of the lullaby Twinkle, Twinkle, Little Star

Twinkle, Twinkle, Little Star is a famous lullaby with straightforward lyrics and a catchy melody.

But have you ever wondered who wrote it or pondered over its meaning? What about the catchy tune? Why does it sound exactly like the A-B-C alphabet song?

The words to the nursery rhyme “Twinkle, Twinkle, Little Star” are based on an English poem called “The Star,” written by a 23-year-old English poet and novelist named Jane Taylor in collaboration with her sister Ann Taylor. “The Star” was first published in 1806 in a volume of children’s poems by the two sisters called  “Rhymes for the Nursery.”

Below, on pages 10 and 11, is the original children’s poem from that volume.

But Mr. Bouin didn’t write the French song. According to French historian Henri-Irénée Marrou, the origins of the French melody that Twinkle, Twinkle, Little Star uses is an anonymous pastoral song dating back to 1740 making it over 280 years old.

The year that Jane Taylor’s poem “The Star” was set to music.

No one knows for sure when the “The Star” was set to music using the French melody “Ah! Vous Dirai-Je, Maman” however, they were first published together (lyrics and music) as “Twinkle, Twinkle, Little Star” in 1838 in “The Singing Master: First Class Tune-Book.”

The earliest known children’s lyrics and poems attached to the French melody”Ah! Vous dirai-je” was around 1765 with a poem called “Le Faux Pas.”

Surprised? You shouldn’t be.

Folk music has a rich history of taking a single melody and attaching new lyrics with different stories or meanings.

The French poem “Le faux pas” is about a boy telling his mother how his father’s varied demands torment him, but the boy thinks candy is worth more.

The ones you probably know the best are the ABC song and Baa Baa, Black Sheep. Here is a timeline of some of the most well-known songs and when they became associated with the French melody Ah! vous dirai-je, maman.

Below is a video with music of Brille, brille, petite étoile.

This French version of Twinkle, Twinkle, Little Star borrows some of the words from the first verse of Jane Taylor’s poem, but it’s not an exact translation.

Most versions of Twinkle, Twinkle, Little Star in French stop here, but there are four more verses in the English version of this children’s nursery rhyme.

I’ve translated the remaining verses from English to French for you.

Which version of Twinkle, Twinkle, Little Star do you like better?