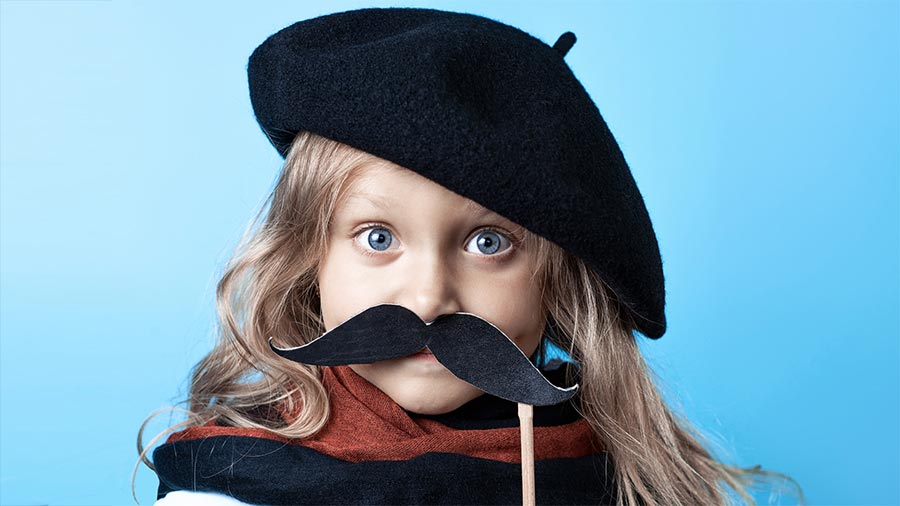 Whether you want to break down gender stereotypes or you’re looking for boyish girl names for tomboys, I’ve put together a list of over 130 unique, chic, rare, and cute masculine French girl names used in France.

A to Z: List of masculine French girl names that are female versions of French boy names

Jacqueline, Michelle and Géraldine sound lovely, but did you know that these classic French girl names are actually female versions of male French names?

There are actually quite a few French given names that have both a masculine and feminine version.

Generally, the male name is the root, and a feminine suffix is added to create a female version.

There are also quite a few traditional French names that are unisex, such as “Alex”, “Charlie”, and “Jules” which are spelled exactly the same for either gender, also known as epecene names.

I’ve compiled a list of both unisex French names and female versions of French first names. If an English translation exists for the French girl name, I’ve included that as well.

If you’re ready, let’s jump into this list of alphabetically-organized masculine names for girls.

Masculine girl names that begin with the letter “A.”

Masculine girl names “B through D”.

Didn’t find the perfect name you were looking for? I’ve compiled a list of nearly 400 Bilingual French & English Baby Names For Boys and Girls.

Pin Share Tweet French is one of many Romance languages. You’ve heard the term, but do you know what romance languages are or why they’re called END_OF_DOCUMENT_TOKEN_TO_BE_REPLACED

Knowing the weather before you travel to a foreign destination is always a good idea. How else will you know what to pack for your trip END_OF_DOCUMENT_TOKEN_TO_BE_REPLACED

CHEERS! Bottom’s up! Here’s mud in your eye! Cin-Cin! Have you ever wondered how to say cheers in French? Here are 11 ways to raise a END_OF_DOCUMENT_TOKEN_TO_BE_REPLACED

Everyone loves nicknames, and France has quite a few. Here’s the low down behind 20 well-known and a few not so well known ancient and modern END_OF_DOCUMENT_TOKEN_TO_BE_REPLACED