How to explain the French gastronomic meal to your mom 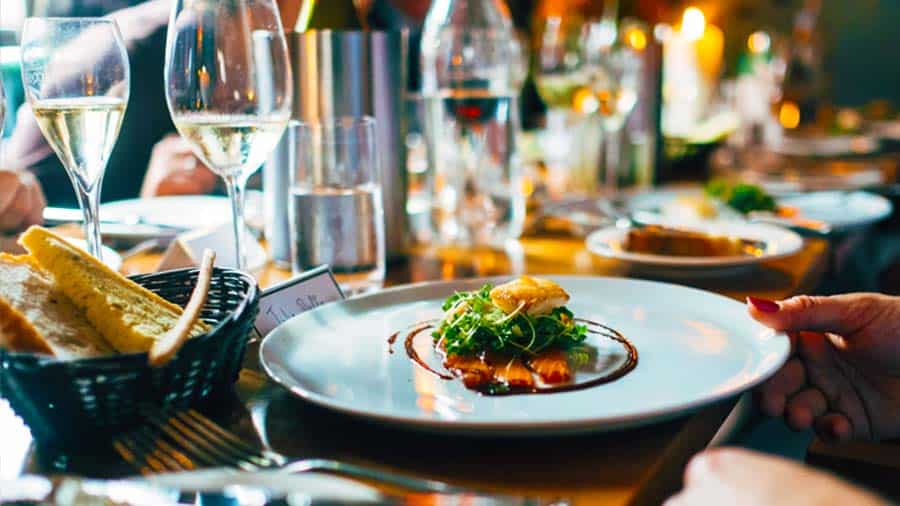 What makes The gastronomic meal of the French so special that it was designated an Intangible Cultural Heritage by UNESCO? Let’s take a short tour around French gastronomy traditions known as “Le repas gastronomique des Français.”

In 2010, when UNESCO designated “the gastronomic meal of the French” as an intangible cultural heritage, I was both surprised and confused.

How can you designate a type of food?

Chances are, you might have wondered the same thing.

Now after living in France for over a decade I get it.

It’s not French food that was designated. It’s the traditions behind the meal and way of eating in France.

The Taj Mahal, Mont St. Michel, Palace of Versaille and the Egyptian Pyramids.

These are just a handful of places you know as UNESCO world heritage sites. Outstanding cultural and natural places of such universal value that the United Nations recognizes them.

But, how do you recognize intangible cultural traditions and practices such as shrimp fishing on horseback in Belgium or Formal French meal traditions in France?

UNESCO started its intangibles program in 2008 to spread awareness, and preserve cultural activities and traditions from around the world in the face of globalization.

These intangibles include the knowledge, practices, related objects, artifacts, and cultural spaces that groups consider part of their cultural heritage and identity.

They are forms of culture that can’t physically be touched like a building or bridge but can be recorded.

UNESCO’s efforts are working because their intangible cultural heritage list includes some amazing cultural traditions and customs that most of us have probably never heard of, such as:

The category on UNESCO’s intangible list that surprised me the most was food.

Examples of intangible foods and culinary traditions at risk that are on the list include:

These intangibles are at risk?

It isn’t the food itself that’s in danger but the ritual surrounding it.

It’s the rituals, the social practices based on a set of skills, knowledge, symbols and traditions behind these food intangibles.

For example, in 2013, UNESCO added Japanese cuisine to the Intangible Cultural Heritage list. I’m not talking about tempura brought to Japan by Portuguese traders and missionaries in the 16th century, or ramen, which came from China.

Those are all relatively new Japanese foods.

Washoku is not just about the harmonious nature of the dishes or eating seasonally available ingredients to prepare well-balanced meals.

Japanese Washoku traditions (especially for the New Year tradition) involve preparations to welcome the gods of the new year, pounding rice cakes and preparing special meals in beautifully decorated dishes using fresh ingredients, each of which has symbolic meaning.

It’s also about the social bonds it creates around the table, how to relish the dishes and transmitting the customs and preparation from generation to generation.

Washoku style is vast, but it typically consists of four elements.

Small bites are taken of each dish, then rice, maybe a sip of soup, always returning to the rice.

Gastronomic Meal of the French

Like the Japanese culinary traditions of “Washoku,” UNESCO also designated “The Gastronomic Meal of the French”  to the Intangible Cultural Heritage list.

What makes the French gastronomical meal so unique that UNESCO gave it this coveted status in 2013?

Let’s take a short tour around the elements of the gastronomic meal of the French.

First of all, what is French gastronomy?

For most, when you hear the term “French gastronomy,” fancy food and a lavish multi-course dinner in an expensive French restaurant comes to mind.

Gastronomy is the practice or art of choosing, cooking, and eating good food including the history and how and why different cultures eat what they eat.

It’s the social practice that surrounds it.

French gastronomy traditions (especially for special occasions or festive occasions) are multi-course meals that bring friends and family together to enjoy the art of “good eating and good drinking.” A birthday, a wedding, Christmas, reunions, anniversaries, a funeral or achievements.

The emphasis is on togetherness, taking the time to savour the food, and the bonds created by choosing local and seasonal ingredients. It’s also about preparing the meal together and sitting around a thoughtfully set table.

The meal can be fancy, or it can be a leisurely, multi-course meal.

All French people are familiar with the gastronomic meal, and its customs are passed down from generation to generation as part of the French identity from an early age.

Elements of a French gastronomic meal

For a French meal to be “gastronomic,” in the UNESCO sense, it has to have certain elements including:

Everyone eats together at the table, and you wait until everyone is served to start and everyone has finished before getting up.

What makes the gastronomic meal of the French a “French cultural treasure” are the customs, the set of codes, and the rituals behind the meal.

Watch this video made by Unesco if you’re interested in learning more.