27 After Dinner Drinks The French Love To Drink (Digestifs / Digestives) 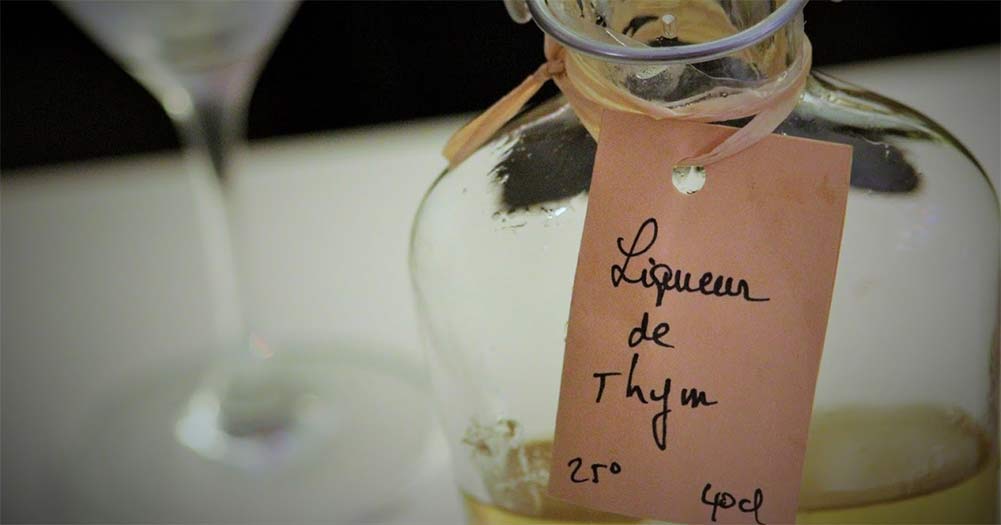 A simple way to add a touch of class to your dinner party and impress your friends is to serve after-dinner digestif drinks. Here’s everything you need to know from how to drink them, types of French digestive drinks and when to serve them.

Something you enjoyed after a nice meal at a restaurant, on a date, or at very formal dinner party gatherings like New Year’s, Christmas or Thanksgiving meals.

That’s not the case in France, and that’s one of the many things that amazes me about food and dining customs in France.

Although after-dinner digestif drinks are not an everyday thing for people across France; serving them after dinner is just as normal as serving coffee or dessert after a meal.

Digestif drinks are also more common at casual get-togethers than in other cultures where they might be considered too chichi, pretentious or highbrow.

I’ve even been offered French digestif drinks at children’s birthday parties in France where people were dressed in shorts, t-shirts, and kids were running around in the backyard.

What is a digestif drink?

A digestif drink or digestive drink is an after-dinner drink (usually alcoholic, but can be non-alcoholic) that’s served after a meal to aid digestion.

Whereas an aperitif drink is an alcoholic beverage served before dinner or with your meal to whet your appetite.

Aperitif drinks are lighter in alcohol content than a digestif and can be dryer and acidic as well as sweet, as are many French liqueurs such as crème de cassis.

Digestif drinks can be sweet, bitter or spicy and tend to have a higher alcohol percentage than an aperitif.

Many digestif drinks started out as medicinal liqueurs and elixirs:

Humans are the MacGyvers of food and alcohol. We can literally turn almost anything into alcohol and have been concocting, experimenting and turning plants and botanicals into elixirs and intoxicants for centuries. From wormwood and anise to thyme and herbs and fir trees.

France especially is a country known for its herbal, almost medicinal liqueurs such as Bénédictine and chartreuse.  This belief that alcohol holds medicinal properties dates back to the Middle Ages when sugar and spiced drinks were considered a medicine that also aids digestion.

These days, spiced, pine herbed and other botanical drinks are no longer considered medicinal. We also know now that alcohol does nothing to help digestion; however, the tradition continues.

For example, Le Vert Sapin (The green Fir tree) is a Fir tree-based liqueur made by distilling fir tree buds.

Invented over 100 years ago in 1902, Le Vert Sapin is produced in Pontarlier France, the world’s Absinthe capital, by a Frenchman, named Armand Guy.

The idea of ​​making alcohol with fir buds was inspired by the fact that it was commonly used for medicinal purposes.

Fir trees are loaded with vitamin C. and even taste a little citrusy, but they also have other therapeutical properties, like a disinfectant, anti-inflammatory, diuretic…  The buds also make an excellent tea, and you’ll find loads of recipes for fir tree tip tea like this one.

It’s one of many after-dinner digestif drinks with a botanical or herbal backbone originally created for medicinal purposes.

In France when talking about alcoholic beverages, you’ll often see the term Eaux de vie which is a generic French term for distilled spirits, (water of life). It’s a term used in the cognac industry to describe alcoholic drinks transformed from wine into Brandy.

Here are the three main classifications for Digestif drinks.

There are two types of Eaux de vie (brown and grains).

Whiskey has been gaining traction in France, and there are now many whiskey producers in France that technically fall under the category of “Eaux-de-vie de grain.”

Cordials and Liqueurs are the same, but in France, liqueur is the only term used. A liqueur is a distilled, heavily sweetened, un-aged alcohol with added flavourings.

Here are a few French digestifs and after-dinner drinks, sure to impress your guests.

If these are not available in your area, there are many local variations inspired by the French classics. Or you could stick with the familiar, Cognac and Armagnac.

Invented by a monk Don Bernardo Vincelli in the 1500s, this French liqueur is infused with 27 plants and . The three main ingredients are Angelica, Hyssop and Lemon Balm.

Black raspberry flavoured liqueur from the Loire Valley, made from both red and black raspberries, vanilla, citrus, honey and cognac.

This orange liqueur was created for Napoleon Bonaparte around the 1800s. While the recipe is a secret, we know it’s a mixture of aged cognac, herbs, and mandarin orange peel.

French brandy is made from a blend of grapes produced in the region of the same name. Known as France’s for Brandy and is over 150 years old. I.e., produced outside of the Cognac region.

A traditional digestif infused with thyme from the south of France. Also used to relieve sore throats and congested coughs.

Sweet red liqueur made from blackcurrants from the region of Burgundy and Dijon. Fun fact! Créme de Cassis is the liqueur used in Kir Royale cocktail.

A naturally green liqueur, distilled and aged with 130 herbs, plants and flowers. It is one of a handful of liqueurs that continue to age and improve in the bottle. It’s been produced by Carthusian Monks since 1737.

This herbal liqueur is an acquired taste. Made from the flowers from the Génépi plant, genus Artemisia (commonly called wormwood) in the Savoy region of the alps. Wormwood is also the same plant used to make Absinthe.

12) Genièvre: (The cousin to English Gin)

Genièvre (Juniper berry) is an excellent alternative to gin. It’s sometimes called Dutch gin because it’s based on the Dutch recipe considered the ancestor to English Gin.

Dutch doctor and chemist, Franciscus Sylvius is credited with inventing gin in the 17th century by distilling juniper berries which he also used for medicinal potions. , the first major mention of juniper-based health-related tonics appeared in a Dutch publication in In 1269. This Juniper water crossed the border over to England where it became “genever” then “gin” and became all the rage in the 18th century England but didn’t reach France until after the French revolution.

French genièvre is made with juniper-like gin and can be aromatized with just about anything from coriander, licorice, cumin, camomile, ginger, cardamom…

It’s mainly produced in the Pas-de-Calais, in the north of France.

A pear liqueur combined with cognac

Made with almond essence and infused with peach, cherry, vanilla and caramel extracts.

an apple or pear brandy can be served as an apéritif or digestif.

liqueur from Le-Puy-en-Velay b. Has a slightly lemony flavour from verbena and a mix of more than thirty plants, and aromatic herbs.

An herbal liqueur from in the French Basque country. There are three varieties of Izarra: yellow (almond), green (minty) and Izarra 54, which are similar to the green but stronger in alcohol. All three are flavoured with a secret mix of herbs.

After dinner drinks don’t have to contain alcohol especially if you need to drive home right after dinner. Here are some options for non-alcoholic digestives.

Black teas such as Earl Grey, or green teas are made with Camellia Sinensis leaves, a shrub that is native to Asia.

In France, herbal teas or infusions are called “les tisanes” and they’re quite popular not just as an after-dinner digestif but just in general.

Tisanes can be any kind of tea that doesn’t contain tea leaves. Tisanes are made by infusing , berries, roots, leaves or other plants that are then steeped in hot water.

How to drink a digestif drink!

Digestifs are not chugged. You typically pour one small serving of a digestif, approximately 1 to 2 ounces, which you sip slowly in a small glass, a snifter or maybe a tall cordial glass. It’s best not to abuse alcohol at the end of a meal, especially if people have to drive home.

French digestif drinks are conversation starters, served best at the end of the meal when bellies are full, people are relaxed, and conversations start to pick up, “Entre la poire et le fromage” (between the pear and the cheese). This old French expression comes from the 17th century, when fruits such as apple and pears were eaten after a meal, followed by cheese.

Times change; these days, the cheese is served after a meal, but before anything sweet, such as fruits or dessert (always salty before sweet).

The French multi-course meal is usually served in this order:

You might be interested in reading: What Are The Courses In a formal French multi course meal? (2 to 7 courses)

Serving an after-dinner drink is also a signal to guests that it’s almost time to leave the party and go home.

How to politely offer a digestif drink in French

Normally, you don’t come straight out and ask, “would you like a digestif?” « voulez-vous un digestif? » The reason is because your guests didn’t come over to digest their food. They came to pass a wonderful evening or afternoon together.

Instead, you should offer a couple of choices “Would you like a Calvados?”, a little liqueur?” « voulez-vous un Calvados, une petite liqueur? ».

Where to buy after French Digestifs?

If you’re in Europe, you can easily order bottles of French digestifs at local grocery stores, specialty wine and spirit shops, or order them online and have them shipped straight to your house.

You’ll have to do your own research in other parts of the world because it can vary by location.

If you’re in the US, I believe you can only order alcohol online in certain states. At Bevmo.com, for instance, they ship to CA, AK, AZ, NE, NV, ND, NM, OR, DC, WA, and WY. It just depends on the online shop. In Canada, walk into any SAQ liquor store.

Keep a couple of bottles of Digestifs on hand at all times.

I’ve grown accustomed to making sure I always have a bottle to serve my unexpected guests a digestif drink.

Maybe you’re not one of those Disneyland moms (or dads). I get it, I’m not one either, but I went anyways. Here are my top ten END_OF_DOCUMENT_TOKEN_TO_BE_REPLACED

If you love French cuisine and casseroles, you’ll want to try some of these classic French potato casserole dishes.  Everyone loves a good casserole, especially a END_OF_DOCUMENT_TOKEN_TO_BE_REPLACED

If you’re from the US, Canada, or the UK, when you think of Fried eggs, especially sunny-side-up eggs (fried on one side with an unbroken yolk END_OF_DOCUMENT_TOKEN_TO_BE_REPLACED

“Let them eat cake” is one of history’s most famous quotes attributed to Marie-Antoinette, the queen of France during the French revolution. But did she really END_OF_DOCUMENT_TOKEN_TO_BE_REPLACED