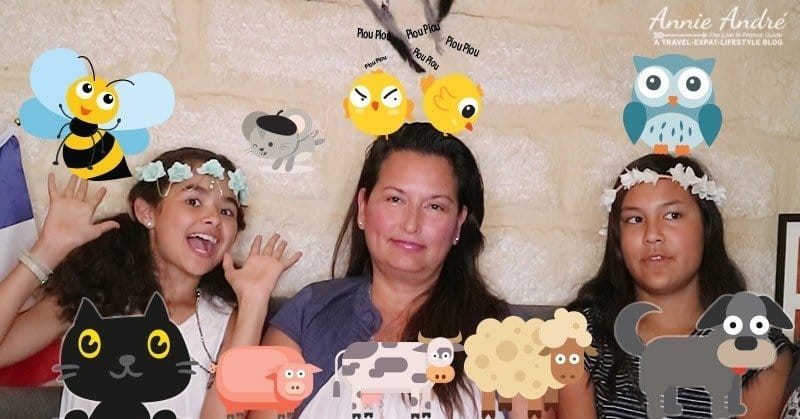 Whether you’re learning French for fun or you’re merely curious, French onomatopoeias are a fun way to increase your French vocabulary and sound more like a native speaker.

They can even help you write more descriptively in French.

What is an onomatopoeia?

Linguists refer to words you use to imitate a sound made by a person, an animal or a natural object as an onomatopoeia which can sound different in other languages.

For example, here are a few English and French onomatopoeia sounds.

This might be the most important French animal sound you need to remember because cows are important in French culture.

Without cows (and sometimes goats), how else would France be able to produce over 1,000 different types of cheese?

More proof of the the cows importance is in the multitude of French expressions and proverbs concerning cows.

GROGNE can also mean to growl, as in growl like a dog or for humans to grumble dissatisfaction at something.

Pigs in French culture often have a negative connotation.

Here are a few examples:

The French animal sound a donkey makes sounds pretty similar in English and several other languages.

There’s no denying a donkey’s bray can be quite loud. As in English, the bray can also be used to describe someone who speaks too loudly.

If you’ve ever heard a horse’s sound, you know it’s a little hard to describe. In English a horses animal sound is written as a neigh.

In French it’s onomatopoeia is hiiii and it really does sound like a horse to me.

In French, the animal sound a sheep makes is bêê, whereas in English, it’s baa. Funny how close they are different.

The French animal sound a turkey makes is glou-glou, which also happens to be the same onomatopoeia used to describe the drinking sound in French wick would be glug glug in English.

A rooster crowing sounds funny in any language and is even funnier to say in French.

Yammering, gossiping and giggling is exactly what chickens sound like, don’t they?

A crow cawing sounds like crôa-crôa in French, while in English, a crow goes caw caw.

Chirp chirp goes the bird in English while in French, it goes cui-cui /kwee-kwee/.

The French animal sound for an owls hoot in French (ouh-ouh) sounds a lot like it does in English (Hoo Hoo) except you don’t pronounce the H.

The H sound doesn’t really exist in French. In Fact, it’s one of the sounds French people have a really hard time saying.

Like a horse neighing, a pigeon cooing is a hard one to describe, but the French, I think, have nailed the animal sound of a pigeon.

I never knew that the animal sound a goose makes in English is referred to as honking, and it sounds like honk honk?

A cat’s meow in French sounds pretty similar to the way it sounds in English—miaou.

However, the French animal sound for a cat purring is ron ron, not at all similar to its English counterpart.

The verbs aboyer and japper, used in the phrase above, both mean to bark in French and are used interchangeably.

However, when you say le chien jappe, it implies that the dog has a much more high pitched bark like a smaller dog.

Le chien aboie implies that the dog might have a more deep bark but not always.

Dogs are popular in France. People bring them everywhere, including in restaurants, grocery stores, on the tram and trains too.

There are also many expressions in the French language that refers to dogs.

The French onomatopoeia for a lion’s roar or le rugissement d’un lion is roah.

The verb rugir, which literally means to roar, can also be used in other expressions, not involving a lion.

A wolf that howls or un loup qui hurle sounds almost identical in French as it does in English.

Le serpent siffle literally means the snake whistles but is used to describe a snakes hiss.

Surprise, surprise, a hissing snake in French sounds just like it does in English —sssss.

Cicadas are everywhere in France, especially in the South of France.

No surprise, L’abeille bourdonne, the bee droning, sounds the same in French as it does in English, bzzz.

For better or worse, the French are known for eating frogs, so it makes sense that the written word for a frog croaking in French is spot on—coac-coac!