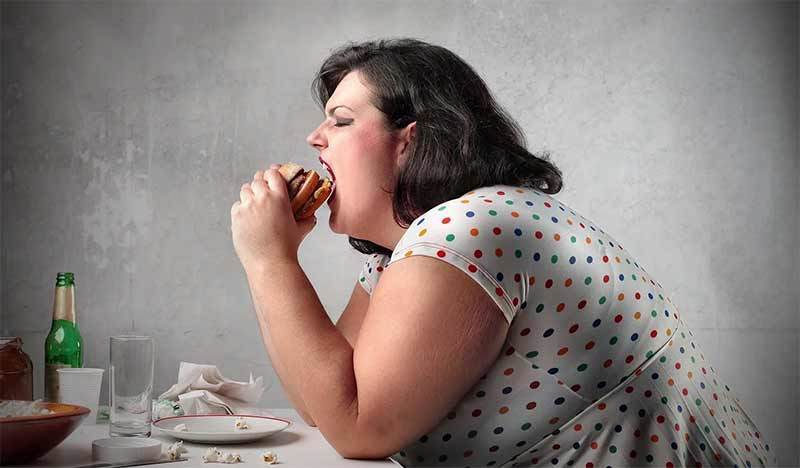 Maybe you’ve heard: French Women Don’t Get Fat! But is it true, and if so, how does this nation of cheese-eating, wine-drinking people stay relatively thin? Especially women?

Why French women don’t get fat?

I can go months before I spot an obese French woman.

On any given day, my husband Blake and I can take a walk to local French shops and Bistros and see middle-aged couples leisurely walking around.  Nothing really extraordinary except for the lack of flabby limbs and pudgy waists.

The same can be said for the younger French generation.

Is There Scientific Proof why French women don’t get fat?

The belief that French people don’t get fat is so strong and so widely believed that some scientists have studied this phenomenon to understand how a nation that eats more cheese and drinks more wine per capita than the average developed nation isn’t more overweight.

It’s “THE FRENCH PARADOX” and some scientists think the answer might be the cheese.

The French Paradox is the contradiction between real world facts and scientific theory.

.” and the “FRENCH WAY OF EATING”, like the popular book titled “French Women Don’t Get Fat

I’m no doctor but I think the answer isn’t in the French DNA but in the attitudes and habits the French have with regards to food.

This is just my subjective opinion.

And portions really are larger in other western cultures.

Are French people really not as fat as people in other countries?

I’ve always been skeptical about the belief that French women don’t get fat.

To better understand where French women and men rank in the world in terms of obesity and being overweight let’s look at some actual data.

List of the worlds most obese countries (report from 2007)

In 2007, Forbes magazine published an article ranking the world’s fattest countries; 198 countries in total were ranked.

The article published these numbers based on (WHO) the World Health Organization.  The report reflected the percentage of that country’s population over the age of 15 that was overweight.

Compare that to France, ranked 128th fattest nation with 40% of the adult population overweight.

Even more alarming is when you compare the ranking of Americans to Asian nations.  Thailand, China and Japan all with 30% or less of their populations overweight.  The Asian diet is another story, and I would love to talk about their food and culture, but today we are only looking at the .

Here is apartial table listing some countries in order of fat rank. You can see the full list of 198 countries ranking by clicking here.

A more recent report put out in 2021 ranked 187 countries in order of total percentage the population which are obese: having a BMI > 30. (source)

Number one on the list was the Republic of Nauru formerly Pleasant Island, with obese people making up 61% of the population.

Switzerland is the least obese European country in 111th place, with 19.5% of its population categorized as obese.

The French Secret To Staying Thin:

As you can see from the charts above, France as a nation isn’t nearly as thin as you might have thought but considering their diet of rich foods: cheese, bread, cream and sweet viennoiserie, you would think they would be a much fatter nation.

How do French women stay relatively thin, given their diet of rich foods?

If you’ve ever spent any length of time in France, then the answer to this question may be clear to you, but it must seem puzzling to everyone else.

Let’s take a look at how the average person shops for groceries.

You can walk into any grocery store in the U.S. and Canada and be faced with aisle upon aisle of chips, soda pop, sugar-coated cereals and an abundance of other unhealthy processed snack foods.

Yes, these unhealthy choices exist in France, but Portion and selection are two noticeable differences.

Unhealthy snacks are sold in smaller servings that would probably make an American scoff and think they were getting ripped off. You don’t see huge bags of Doritos or Costco sized Coco puffs.

In France, the selection and the quantities of flab-inducing, stomach-bulging foods and snacks are minuscule compared to the aisles upon aisles dedicated to these types of food in the U.S. and Canada. A recent trip to the UK didn’t prove any better.

Unfortunately, there is no magic to the .

The answer to why there aren’t more fat French women in France has more to do with their habits and lifestyle because they certainly don’t eat a very lean diet.

Here are 10 simple French eating habits that anyone can incorporate into their life.

You’ve probably heard that you give your brain time to catch up to your stomach by eating more slowly.

Well, the French eat very slowly. A single meal can last up to 2 hours mainly due to all the conversation in between bites.

My eldest son noticed the same thing at the French school he attends.

French children are not given a mere 45 minutes to eat but close to 2 hours to eat compared to the US, where they were given barely 40 minutes to eat their lunch.

There is no supersize me in France and besides.

One easy way to cut your portion size is to use a smaller dinner plate and not go back for seconds.

The French eat up to 3 meals a day with a 4th optional apero hour before dinner.

Snacking is virtually unheard of in France. It’s just not commonplace.

Breakfast is not like a typical American or English breakfast. There are no stacks of piping hot pancakes with a side of bacon and eggs.

It’s juice, maybe some bread or yogurt. Cereal exists in France and kids do eat it.

And no, French people don’t eat croissants every morning.

I already mentioned that walking down the food isles in the U.S.  and Canada is like walking down a cornucopia of packaged and processed fatty foods.

Sure there is processed food in France but I swear the packages seem minuscule compared to North America and even the UK.

This ties back in with French people eating smaller portions.

One in four French people eat the recommended 5 daily portions of fruits and vegetables according to the French National Nutrition and Health Programme.

I find it amazing that the French stay so lean but don’t have gyms at every corner like there are in the US.

More outdoor activities, more walking. This is good news for all you people who hate the gym.

It’s true, the French really drink more wine. The numbers don’t lie, and neither do my eyes.

While dining out in France, virtually everyone seems to be shopping on a glass of wine.

(wine is very inexpensive in France compared to elsewhere).

Wine is supposed to be good for weight loss or weight control because it contains resveratrol, an antioxidant compound found in grape skins.

It’s not only great as an aid in weight loss but also overall good health.

Cheers, and you are welcome!

In the U.S. and Canada, milk is almost forced down children’s throats, but in France, patents don’t give children milk to drink.  It’s also not served to school children, ever.

Instead, schools serve cheese or yogurt with every meal, and they are served water with lunch.

I’m not talking cheddar cheese either (many French people say it’s not “real cheese”). Instead, children are served rich cheeses such as , camembert, compté, Tomme Noir, and a bunch of other cheeses that most Americans don’t even know exist.

As adults this eating habit continues and French women take teach after almost every meal.

When I eat cheese after a light done, I feel satisfied and full.

The French hydrate with water and hydrate often.  I already mentioned that kids in France don’t drink milk..

Final Thoughts and the bad news.

If you were thinking about dieting to lose those last 10 pounds, give the French way of eating a try.

The best thing about the French way of eating is that it’s painless, and it’s yet another reason you would love to live in France. At least, I keep telling myself that.

Now for the bad news. The French population is getting fatter with each passing decade.