Ascension Day In France. What Is It And What Do People Do? 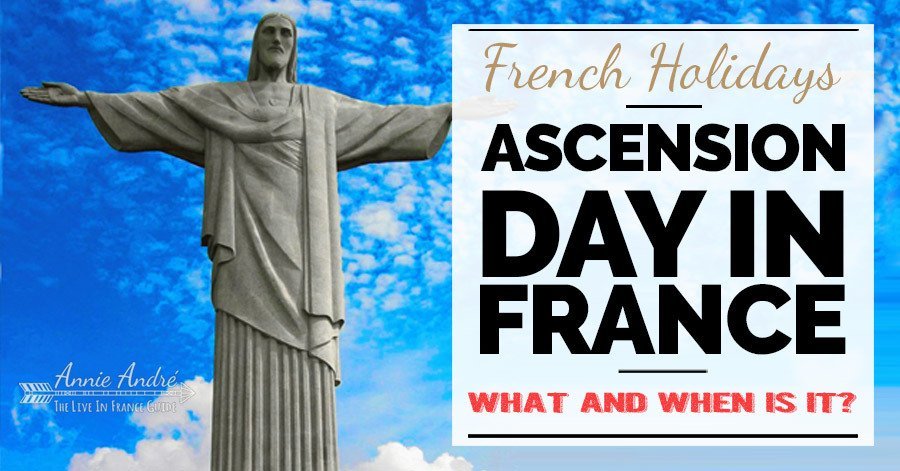 Ascension Day in France is another religious holiday you should watch out for in May. Here’s a little background about the day and what you can expect.

When is ascension day?

Although Ascension day usually occurs in May, it can also occur in June, but it’s rare. The last time this happened was in 2011 and the next time Ascension will occur in June is 2038, 2079 and 2095. 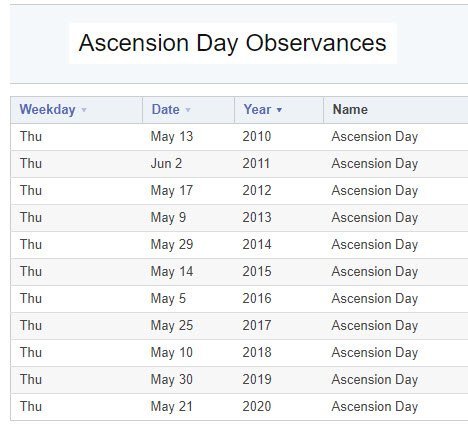 What to expect on Ascension Day?

Don’t plan on being very productive on Ascension day in France because it’s a public holiday.

For a complete list of all French holidays, celebrations and school breaks, check out this article which includes dates and a timeline.

You might be interested in reading about all the other holidays in France in the month of May and why May might be the worst month of the year to visit France. 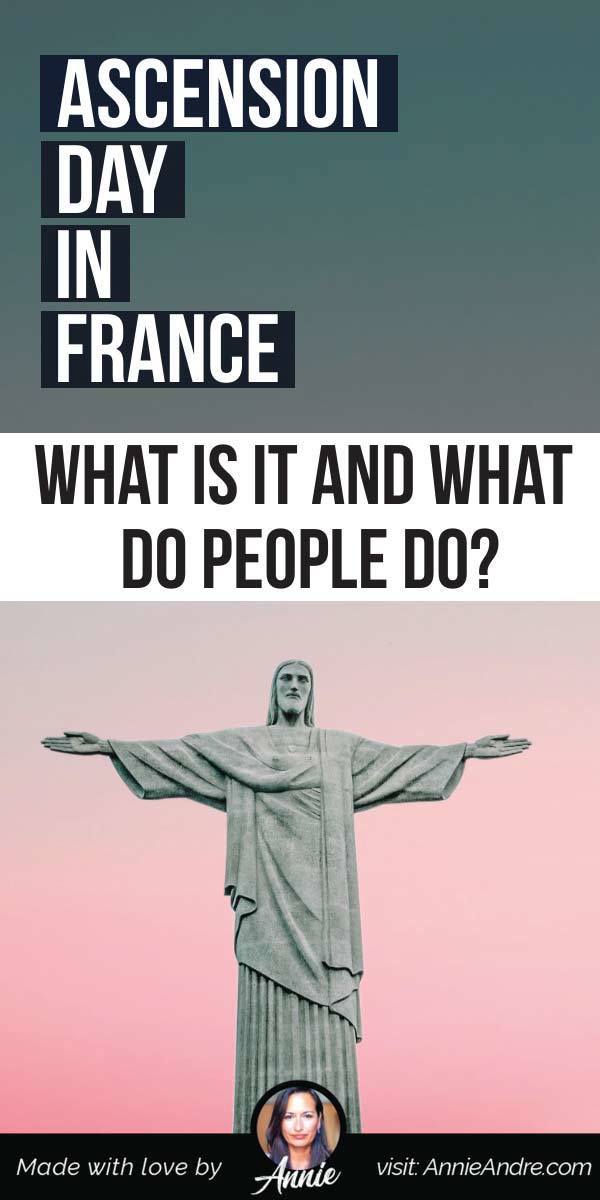 What is Ascension day?

Ascension Day is a religious holiday that marks the end of the Easter season and commemorates Jesus Christ’s ascension into heaven, according to the New Testament of the Bible.

After Jesus died on the cross, he rose from the dead and appeared to his disciples and to more than 500 others and taught them about the kingdom of god. 40 days after his resurrection, Jesus and his disciples went to Mount Olivet, near Jerusalem and promised his followers that they would soon receive the Holy Spirit. He then instructed them to remain in Jerusalem until the Spirit had come. Then Jesus blessed them, and began to ascend into heaven. The account of Jesus’ ascension is found in Luke 24:50-51andActs 1:9-11.

What do people do?

Just like the US, Canada and the UK, some Christians in France attend special church services to mark the ascension of Jesus to heaven. Some small towns hold cultural or sporting events the following weekend.

Even if you are not a practising Catholic or Christian, you will enjoy a day to relax with your family and Friends.

Make sure you have enough food in the fridge since most food stores may be closed Thursday and possibly Friday too, it just depends on the town or city.

Really Useful Tips, Tricks, Hacks & Things You Can Do With A VPN