10 Common Travel Packing Mistakes And How To Avoid Them

13 Creative Ways To Travel The World On A Tight Budget

You’re in France, and you feel ill.  Maybe you ate bad escargot, or perhaps you caught a nasty bug. You need to see a doctor. What do you do? 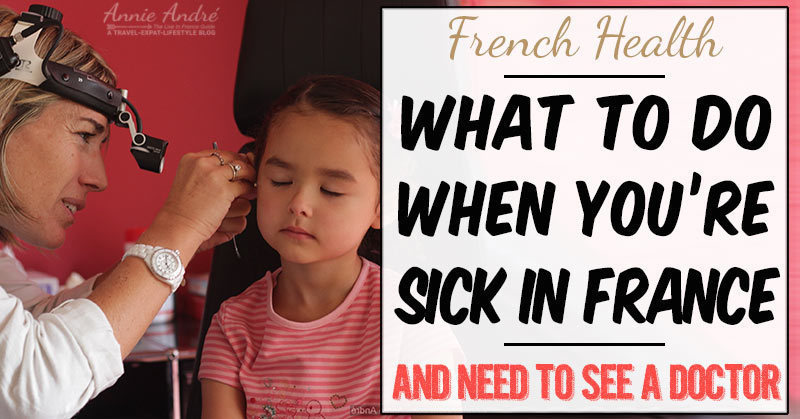 Sick and Confused In France

When we arrived in France back in 2011, the newness and challenges of figuring out how to navigate our new life was fun and exciting.

Then my husband got sick. The kind of sick that leaves you flat on your back. That wasn’t fun!

We had so many questions!

We eventually figured it all out.

As the old saying goes, all roads lead to Rome. Below are suggested paths you can take to get help for what ails you if you find yourself unexpectantly sick in France. 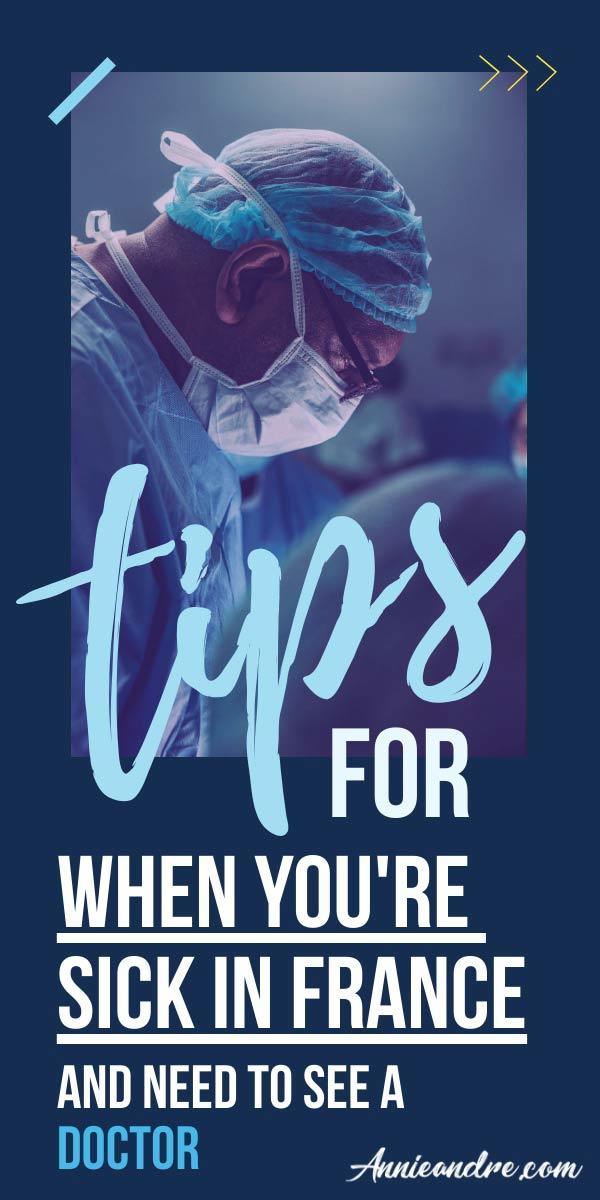 Start At The Pharmacy

Unless you’re bleeding from your eyeballs or mortally wounded, consider going to a pharmacy to speak with a French pharmacist who may be able to prescribe something for you immediately.

Pharmacists in France have years of extensive training and are qualified to diagnose and give out general medical advice beyond what a pharmacist in the US or Canada is qualified to do.

For example, pharmacists in France are trained to diagnose mushroom poisoning and will even help you identify if those wild Mushrooms you picked in the forest are poisonous.

In places where there is no doctor nearby, the local French people have no choice but to talk to their local pharmacist before going to see a doctor.

Pharmacies are easy to find and abundant in France. Just look for the green cross, which is often lit up and blinking. 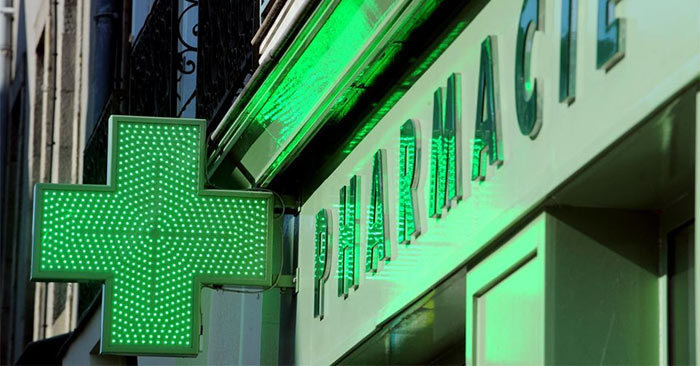 If you have something more serious or if the pharmacist can’t diagnose you, than by all means, see a doctor.

Finding a doctor and making an appointment

Here are six ways you can find a doctor in France + how to find an English speaking doctor.

1- Doctolib: This is what I use when I want to find a particular type of doctor and or to make an appointment: from my physical therapist and dentist to my general practitioner and gynecologist. DoctoLib is an online portal that lets you search for doctors based on your location and make a doctor’s appointment. You’ll have to create an account before you can finalize your Rendez-Vous.

The site is in French; however, one of the cool features of this website is you can filter by many things, including by language.

In the below screenshot, I show you how to filter by language. Choose from the drop-down menu called “Langues parlées,” which means language spoken. Then choose “Anglais.” You can also select other languages from the dropdown menu if you speak another language.

2- Tourism Office: Find the nearest tourist office and ask them for a list of doctors.

3- Ask someone: Ask a neighbour, a pharmacist or even a stranger as you are walking down the street. You can also try asking small shop owners along the road. People are more helpful than you realize.

4-Embassy: Call your nearest embassy or check their website to see if they have a list of doctors. (sometimes they have them listed by their ability to speak English— but not always).

5-  Google: Type “Find a doctor near me” and start digging through the results.

6- French hotel concierge: If you’re staying in a hotel, ask the concierge for help finding or recommending a doctor.

How to make an appointment to see a doctor in France

The easiest way to make an appointment is to use Doctolib, which I mention above. However, some doctors so buy, they only have available dates and times weeks, sometimes months in the future. It just depends on the type of doctor and your location.

Not all doctors take appointments.

Some doctors clinics take walk-ins only, but it’s hard to know which ones do unless someone tells you because it’s not usually advertised. Our first three doctors in France didn’t take appointments, and it was a love-hate relationship.

It’s a first come first serves system, and this is how it works.

You show up and walk straight into the doctor’s office. Sometimes there’s a doorbell you have to ring to get buzzed in.

You then walk straight to the waiting area and wait. If there are 15 people already sitting in the waiting room, then you have a long wait ahead of you. Sometimes you get lucky, and only two people are waiting. Either way, you have to wait until for someone to come in and ask, “who is next?”.

How much do doctors visits cost in France

If you need to see a general practitioner, it will cost about 25€:  Bring cash because not all doctors accept credit cards.

Getting A Prescription Filled

If the doctor gives you a prescription for medication, take it to any pharmacist/chemist.

Tips if you don’t speak French:

Getting sick in France or anywhere while travelling is going to be stressful, especially if you don’t speak French.

According to our doctor, French doctors usually take some medical classes in English as part of their medical training, but that doesn’t mean you should expect them to speak English fluently. It would be like someone going to an English speaking country and expecting them to speak French, Spanish or Chinese just because they took some language classes in school.

Be prepared to explain your symptoms in case they don’t speak English.

Here is some French vocabulary that may come in handy.