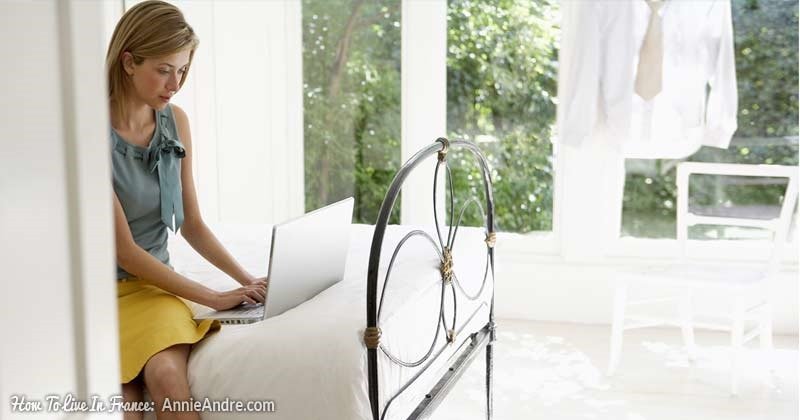 Definition: A coworking space is defined as a workspace where diverse groups of freelancers, remote workers, and other independent professionals work together in a shared, communal setting.

If you need to get some work done while travelling to a foreign city such as Paris but don’t have access to a dedicated office, sometimes popping into a cafe with free public WiFi will do.

The problem is those “free” places are often loud, crowded and distracting. It’s not a very conducive environment to get some serious work done, and the wifi is usually pretty slow.

If you need privacy, access to a printer, phones or other things usually available in an office, a better option is to head over to one of the hundreds of coworking spaces in Paris equipped with all of the basic things you’ll need to get down to business.

Some are bare-bones and depressing while others are hip, vibrant and offer additional amenities beyond basic WI-FI and printers. Those are the ones we care about.

Should you get a coworking pass to get access to multiple coworking spaces?

Before we jump into the cool and hip coworking spaces in and around Paris, let’s talk about coworking passes.

Most coworking spaces in Paris and around the world have monthly membership plans to choose from. The problem is that you’re tied into that particular coworking place.

If you travel a lot and/or would like the ability to work at different coworking places regularly, you’ll have to opt for the pay as you go plan.

Or you could get a coworking pass that gives you access to multiple coworking spaces around the world.

Copass has teamed up with coworking spaces in over 300 cities in 75 different countries worldwide, including Paris.

You can use your global coworking copass in any of the coworking places that are part of the their network, which is great because you’re not stuck using just one coworking spaces and still benefit from the reduced price of a membership plan.

Their prices are competitive, and they have multiple plans.

A coworking art and crafts studio in Paris for budding designers and technology enthusiasts.

If you’re looking for a place that allows you to do more than type away on the computer, you’ve found it with Draft. You’ll pay € 15 and have access to the main coworking space for the entire day.

If, however, you are a budding architect, designer, crafter or creator and want to create a prototype for a client or yourself, you can have access to their on-site equipment at very affordable rates. The fees depend on the equipment you use. For example, it’s €12 / hr to use the sewing machine and 3D Printer and €30 for the laser cutter. The carpentry workshop cost €65 / hour but considering you have access to saws, drills, sanders, dremmels and more; it’s a great deal.

This was a trendy co-working office space in Paris which you rent by the month in the hip Canal Saint-Martin neighbourhood.

For those nomadic workers who are spending more than a month in Paris, you can rent space at Le Lawomatic for an entire month. The founders of the space wanted a trendy, co-working space where travelling professionals could find plenty of amenities. There’s a high-speed connection as well as 24-hour access and a shared meeting room. There’s even a small cafeteria on location.

A peaceful pay by the hour co-working cafe space in Paris with plenty of snacks and hot drinks.

This coworking café space has soothing music as well as a cozy feel.

It’s a coworking space with all the usual amenities and more- including wireless connections, plugs, printers and meeting rooms. Upstairs there’s also a small library for patrons. You can pay €5 / hour or a flat fee of €20 for five hours or more for the entire day.

Everyone using the coworking cafe space is encouraged to help themselves to fresh coffee brewed in France, tea and various snacks like cookies, apples or cereal.

There are plenty of excellent views at Hubsy too, which is located directly across from the famous museum of Arts et Métier in the 3rd arrondissement.

A great co-working space in Paris for someone who needs to be more professional or needs the quiet.

If you need a professional space for a day with everything you could ever need or want in an office, Blue office might be for you. There are five co-working spaces across Paris to choose from. They have wireless connectivity, lockers, a small cafeteria, parking, telephones, printers and private meeting rooms for teleconferencing. They are a bit more expensive than others on the list at €25 per day, but you also get separate parking spaces.

Blue Office is located on 19 Rue de Vienne in Paris.

A co-working space in Paris for students and professionals who need coffee while they work but don’t want to go to a noisy, crowded Starbucks.

There are 6 Anticafe locations, four of which are located in Paris, one in Rome and one in Aix-En-Provence. Customers pay €5 per hour or pay a €24 flat fee for anything over 5 hours. Each Anticafé has everything you need to get your work done- Wi-Fi, plenty of tables, plugs, printers, whiteboards as well as coffee, drinks and snacks, which are included in your hourly fee.

A co-working cafe in a converted chapel.

In what was formerly a chapel and convent, the L’ Archipel Cafe is now a coworking and event space. Along with the cafe, there are workshops, visiting food trucks and a huge book swap event. For those who need a quick nap, there are even hammocks in the alcoves. All the profits from the cafe go to charity too. The cafe is only open from 11:30 a.m. to 2:30 p.m. during the week. There are events at the cafe for those who are interested.

7. La Mutinerie: (This may be closed or gone out of business)

A dedicated co-working space in Paris where young freelancers can collaborate and be more productive. You can also host your workshops here.

‘La Mutinerie’ is was created by a group of young freelancers fed up with the solitude of working from home.

Their goal was to create a coworking environment in Paris to improve your productivity and space where you could collaborate with other like-minded individuals.

Like most coworking workspaces, it has all the usual amenities, including WI-FI, a scanner, a printer and even lockers and private areas to make phone calls, so you don’t disturb other people trying to work.

If you need a place to host an event, conference or workshop, you can do that here too.

As of 2014, Mutinerie opened up a new service called Mutinerie Village, in the percheronne, located 1 hour outside of Paris.

Located on the Rue de Meaux in the 19th arrondissement, subscriptions range from €30-€390 for the month.

Some examples of additional amenities, not available at all coworking spaces

A coworking space in Paris can not only help you be more productive, but it can also help you increase your network, according to the “2nd global coworking survey” conducted by Deskmag, where over 1500 people from 52 countries were surveyed.

Finding the right one that suits your needs can make all the difference in the world.

Always try a few coworking spaces out before committing to a monthly membership.

Here are some additional amenities some coworking places may have.

Sharing is caring: Consider saving this pin to Pinterest

Pin Share Tweet Everyone’s heard of the romance languages, but do you know why they’re called romance languages or what’s so romantic about them? Here’s everything END_OF_DOCUMENT_TOKEN_TO_BE_REPLACED

Whether you’re moving to a smaller house and decluttering a lifetime of belongings, relocating to another country, or putting your stuff in storage, deciding what to END_OF_DOCUMENT_TOKEN_TO_BE_REPLACED

Knowing the weather before you travel to a foreign destination is always a good idea. How else will you know what to pack for your trip END_OF_DOCUMENT_TOKEN_TO_BE_REPLACED

CHEERS! Bottom’s up! Here’s mud in your eye! Cin-Cin! Have you ever wondered how to say cheers in French? Here are 11 ways to raise a END_OF_DOCUMENT_TOKEN_TO_BE_REPLACED