The Curious History and Joy of French Wine: A beginners guide 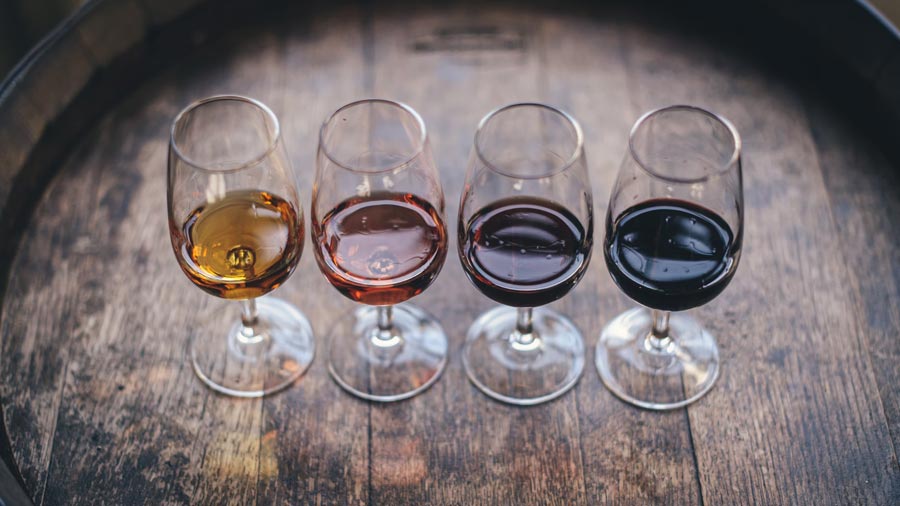 Are you interested in French wine but feel overwhelmed by it all? Don’t be! This beginner’s guide (and history lesson) will answer all your questions.

When you hear the word wine, do you immediately think of France?

For centuries, the two words have been synonymous. And although there are plenty of great bottles coming from other parts of the world, no one can argue that French wine remains among “the best of the best.”

How did France become the epicentre of wine culture and viticulture?

What are some highlights of French wine production over the years?

And, most importantly, how can you choose the best types of French wines?

Let’s dive into those exciting answers and more!

A Quick History of Wine in France

Although wine did exist during the time of the Gauls and the Celts (6th century BC), the ancient Romans established vineyards in what’s now modern-day France. By the time the Roman Empire fell, wine was a well-established trading commodity throughout Europe.

Fast-forward through the Dark Ages, where the Catholic Church controlled virtually all aspects of winemaking.

While the church outwardly frowned on overindulgence, they also quietly perfected the winemaking process.

Then, in the mid-to-late 1800s, wine almost disappeared from the entire European continent.

A tiny insect called phylloxera arrived from America and destroyed over 6 million acres of vineyards in France alone.

Ironically, winemakers discovered that American grape roots were immune to the pest. So French growers dug up their ancient vineyards and replanted them using American roots.

Then they were able to graft European vines onto the healthy new roots.

Now, over 150 years later, you’d never know that the world almost lost one of its most beloved beverages or that nearly all French wine comes from vines grafted onto American roots. Tee hee hee!

Today France exports over $11 billion worth of wine abroad — more than 30% of total global wine exports.

The wine industry in France goes well beyond l’heure de l’apèro and happy hour. Considering it’s been such an important part of the French lifestyle for so long, it’s no surprise that there are over 200 different wine varieties in France!

If you’ve made it your goal to try them all, I support your efforts 100%.

However, it will take you a while to make it through a list of the best French wines, so you need a good starting point.

Let’s take a brief look at the most common types of red and white grapes that become French wine.

Here are four red wines known in France as le cépage rouge, which you’ll want to become familiar with.

What is cépage? Cepage is the French term that tells you the percentage of each variety of grapes in the composition of a blended wine. For instance, if a red wine is 60% Merlot and 40% Cabernet, the cepage is 60-40.

Pinot Noir requires a cool climate and extra care, so it grows well in the Champagne and Burgundy regions. Young Pinots feature summer fruit and spice aromas, while mature Pinots feature a bouquet of vanilla, , or game.

Cabernet Sauvignon grows on the left bank of Bordeaux and is often blended with Cabernet Franc, Merlot, or other varietals. It creates full-bodied, tannic wines with aromas of mint, pepper, and berries.

Syrah (known as Shiraz in the English-speaking world) is from the beautiful Rhone River Valley. It produces rich red wine with a fruity aroma and peppery taste.

Let’s not forget about le cépage blanc, the white grapes that make some of your favourite white wines.

Found in the Loire Valley and Bordelais, Sauvignon Blanc creates a dry white wine with intense pepper flavours. It’s often blended with Semillon for a balance between dry and sweet.

Chardonnay is the dominant grape in Burgundy and the primary grape used to make Champagne. The grapes produce dry, spicy wines with aromatic notes of green fruits.

Originally from Germany, Riesling grapes are commonly grown in the Alsace region of France. Young Rieslings are light, crisp, and acidic, while aged Rieslings are sweeter and spicier.

In Bordeaux and the southwest of France, you’ll find a thin-skinned golden grape called Semillon. Although it does produce some dry wines, it’s most often used to make sinfully sweet dessert wines.

Are you planning a trip to France and hoping to explore some wine regions? There are French vineyards scattered across the countryside, from the North Atlantic coast to the border of Germany down to the Mediterranean Sea.

Here are a few of the main wine-growing regions in France and the types of wines they produce.

Red wines are made from Pinot Noir and Gamay. White wines made from Chardonnay and aligoté

Sparkling wines made from Pinot Noir, Chardonnay, and Pinot Meunier

Red wines made from Poulsard, Pinot Noir, or Trousseau. White wine made from Savagnin and Chardonnay

White wines made from Sauvignon Blanc and Chenin Blanc, and Melon

We can’t talk about Provence without first mentioning rosé. France produces roughly 30% of the world’s production of rosés, and most of it comes from Provence!

But the 9 appellations in this region is large and also produces white wine, the most famous of which is blanc des cassis, and red wine such as Côtes de Provence. There’s also Vermentino, Clairette, Ugni Blanc (rosé), Grenache, Cinsault, Syrah, Mourvèdre and Carignan (red)

Beaujolais is an important wine region of eastern France, famous for its fruity red wines made from Gamay grapes which can taste very similar to Pinot Noir.

Tannat, Négrette, Petit Manseng, Gros Manseng, Malbec and Mauzac are some of the most famous grape varieties grown in this region.

Having trouble picturing where each of these regions is located?

A map of French wine regions will give you a better idea of how to plan your French wine tasting adventures.

And if you’re not going any farther than your local wine shop, that’s okay too. The region should be marked on the label, so have fun exploring wines from different parts of France.

Keep an eye out for the terroir, which describes the soil, climate, and growing conditions of the wine.

As you know, culinary delights in France don’t end at wine. There’s also a lot to learn about the best French cuisine to accompany your French wine. Click here to learn more about the best food in France!

If you love French cuisine and casseroles, you’ll want to try some of these classic French potato casserole dishes.  Everyone loves a good casserole, especially a END_OF_DOCUMENT_TOKEN_TO_BE_REPLACED

If you’re from the US, Canada, or the UK, when you think of Fried eggs, especially sunny-side-up eggs (fried on one side with an unbroken yolk END_OF_DOCUMENT_TOKEN_TO_BE_REPLACED

“Let them eat cake” is one of history’s most famous quotes attributed to Marie-Antoinette, the queen of France during the French revolution. But did she really END_OF_DOCUMENT_TOKEN_TO_BE_REPLACED