Do US citizens living abroad have to pay income tax? YES, green card holders too! 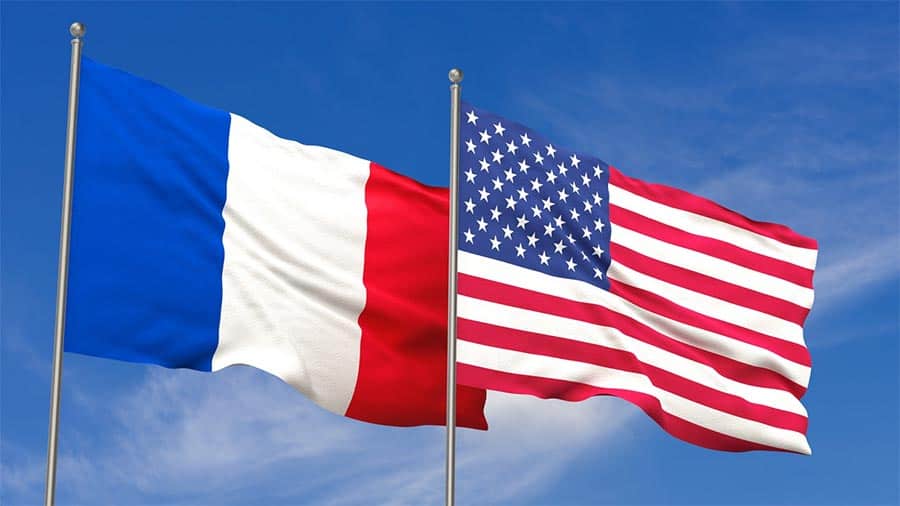 American expats and green card holders living abroad are responsible for filing us . Learn some expat tax basics, estimate how much you might have to pay, special expat tax deadline dates, and what to do if you’ve never filed while living abroad.

Should American Expats file US if you live overseas?

As the old adage goes, only two things in life are certain: death and , especially for American citizens and those who possess green cards.

Unfortunately, the United States is one of the few countries left in the world that its citizens and legal residents on their worldwide income.

Most countries have a territorial tax system and only income earned within that country’s borders.

In other words, if you’re an American citizen, or US green card holder living abroad, you’re required to file a federal tax return and pay on worldwide income (both foreign and domestic) regardless of where you live or work.

You may also have to file additional forms with your US federal tax return. For example, if you have foreign bank accounts that exceed $10,000 during the calendar year, you’ll have to file an FBAR (Foreign Bank and Financial Account) using the FinCEN Form 114.

Accidental Americans must also file a US tax return

You might be a US citizen and not even know it and still be required to file US .

Americans who were born outside of the United States to a US citizen and have lived abroad all their lives never visited the US, or spent time in the US are also required to file US if they do not have a US Social Security number or passport.

These individuals are referred to as Accidental Americans.

For example, Fabien Lehagre is a French resident born in the US in 1984 but left in 1986 at the age of two.

In 2014, when Fabien was 30 years old, he received a letter from his French bank asking him for his American tax identification number (TIN). At first, Fabien thought there had been a mistake but discovered he had acquired US citizenship at birth. Therefore, he was obligated to declare his global income to the US Internal Revenue Service (IRS).

Soon after, Fabien established the Association of Accidental Americans to defend and represent the interests of EU citizens holding American nationality residing outside the United States against the harmful effects of the extraterritorial nature of the US law.

The good news is that most American citizens and green card holders living abroad can eliminate or reduce their US federal tax bill using special tax credits and exclusions that the IRS has put in place to help expats avoid double taxation.

The standard deduction is a specific dollar amount that reduces the amount of income on which you’re taxed.

What happens if you don’t file while living abroad?

If you’re a US citizen or green card holder living abroad and don’t file your US or state , you can receive a penalty, if you owe

You can receive a failure-to-file penalty of 5% of your unpaid for each month your tax return is late, up to 25%. And if you file more than 60 days late, you may have to pay a minimum of $135 or 100 percent of the you owe (whichever is less).

If you can’t pay your , you can always apply for a payment plan with the IRS to resolve your tax debt.

However, if the IRS owes you money, the failure-to-file penalty usually doesn’t apply if you’re due a refund. Typically, you have three years to claim any refund owed to you from the IRS

So get moving and file your , to avoid any penalties or to claim your refund.

What is the minimum income threshold for filing US

Federal law doesn’t require you to file a tax return if your worldwide income is below the standard deduction during the previous year.

If you are self-employed, the threshold is $400, regardless of filing status. Even if you don’t have to file because you earn below the threshold, you may want to file If you are eligible for certain credits and refunds . You may be subject to filing requirements as well if you owe a special tax.

If your worldwide income equals or exceeds the standard deduction, aka filing threshold income during the previous year (which varies by filing status), you must file US expat .

The IRS published these tables in Publication 17 and Publication 501 and are updated each year.

The 7 tax brackets and rates for filing US in 2022

If you earn above the minimum worldwide income threshold and have to file your US , you’ll be taxed based on your tax bracket.

There are seven federal individual income tax brackets based on the progressive income tax system. In other words, the more income you earn, the more you pay.

Every year, the IRS adjusts tax brackets, usually by increasing them to keep up with annual inflation. That means you could end up in a different tax bracket from one year to the next

These are the Federal Income Tax Bracket rates for due in 2022 for single filers, married couples filing jointly, and heads of households

How much foreign income can I exclude as taxable income on US ?

Americans filing from abroad can offset U.S. tax on foreign income if they’ve paid on it abroad by claiming the Foreign Tax Credit on Form 1116 or claim the Foreign Earned Income Exclusion on Form 2555 for income earned from employment or self-employment.

This means that most Americans filing from abroad won’t owe any U.S. tax, but it depends on each individual’s circumstances.

Foreign Earned Income Exclusion allows you to exclude up to a certain amount of your foreign earned income from being taxed.

Foreign Earned Income Exclusion can only be applied to earned income, such as salaries, self-employment, wages, and commissions.

The maximum amount of income from employment or self-employment that overseas Americans can exempt from their U.S. by claiming the Foreign Earned Income Exclusion usually rises every year.

If you’re an expat working as an employee with housing expenses like rent and utilities, you might be able to exclude or deduct them.

Claiming a foreign tax credit using form 1116 is a U.S. tax break that offsets income tax paid to other countries and can only be applied to foreign paid on foreign income, not on income from American-based rents, pensions or investment income.

You can take a foreign tax credit as long as you don’t take the Foreign earned income exclusion (FEIE) or the foreign housing exclusion.

You might be better off claiming the foreign tax credit if any of these apply:

Living or working outside the U.S. can add a twist to what you can claim for the child tax credit.

Normally, you can claim both the nonrefundable and refundable portions of the child tax credit. However, your eligibility can differ while living abroad depending on whether you claim the foreign tax credit or (FEIE) foreign earned income exclusion.

If you own foreign residential property, the US tax system treats it the same as if it were US property.

Any foreign rental income expats earn with foreign properties is considered passive income and not earned income, so they cannot be excluded using the Foreign Earned Income Exclusion.

However, you can claim a foreign tax credit on your U.S. tax return for the income paid to the foreign country.

Do I Need to File State if I Live Abroad?

Most American expats and US residents living abroad can stop filing state once they prove that they live abroad.

Some states, however, require you to continue to pay state if you have any ties to a particular state, such as immediate family living who remain in the state, property, bank accounts or investment accounts held in the state.

There are four states where getting out of paying state while living abroad could get complicated. These states consider your move abroad temporary unless you remove all ties to that state.  These states are sometimes called “sticky states.”

You may be able to avoid paying state income while living overseas if you can abandon your residence and establish a new residence in a state without an income tax. For example, Florida, which has no state income tax, is a popular state for retirees and tax-averse workers because paychecks and retirement benefits are safe from state if you live here

When do I have to file US

Every Us tax filer knows that are due on April 15th. 2021 was the exception when the filing deadline was extended to May 15.

However, American expats living abroad receive an automatic extension until June 15, which can be extended again to October.

You must file your to the IRS in US dollars.

Expats filing US from overseas must convert any foreign earned income earned abroad into US dollars.

The IRS doesn’t have an official exchange rate, but you can use any reputable currency conversion source as long as the source you use is consistent.

If you have to keep track of a lot of transactions, I highly recommend using accounting software.

For instance, I use Quicken accounting software which allows me to keep track of my US-based bank accounts, income and expenses in US dollars, French accounts, Canadian accounts etc. Then when I run my reports for US tax purposes, it automatically converts everything to US dollars for me using a reputable change rate source.

If you are an American or US green-card holder living abroad, keep the following things in mind come tax season.

Need help with filing U.S. ? Never filed before? It would help if you worked with an expat tax advisor who can help you understand your options.

If you have any questions or need assistance filing your this year, or if you have received a letter from the IRS and are concerned about it, watch this webinar (Q&A included!)

Rent your house out while living abroad. How I remotely manage my properties