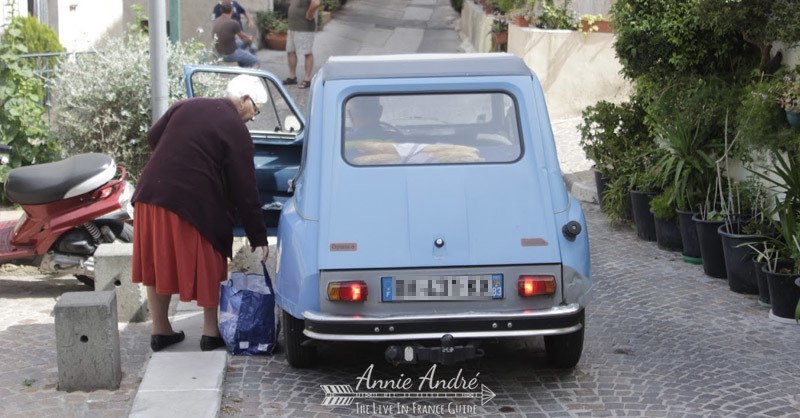 Unique things to do in Bordeaux France (besides drink wine)

Driving in France is pretty straightforward; however, there are a few things that can confuse newcomers and first-time drivers in France. Here are 11 practical things I wish I knew.

France is a vast country with excellent public transportation and an extensive line that zigzags the entire country.

However, sometimes, the places you want to visit are only accessible by car, which means you’ll need to understand some basic driving rules, how French roads work, and subtle nuances about driving that may differ from your home country.

Whether you’re newly arrived in France or planning to visit France and drive a rental car, here are the little things to know that will make driving around on French motorways and streets a lot less stressful.

1. There are 3 major French Roads in France: Get to know them

France is a vast country with an array of roads, from dinky one-lane country roads to high-speed French motorways.

The three main types of roads you should familiarize yourself with are:

All three are easily recognizable because each one has a clever lettering and number system to help you tell them apart.

The quickest, most convenient way to get around in France is usually on a French autoroute, known in English-speaking countries as a highway, motorway or freeway, depending on where you’re from.

Most autoroutes in France are toll roads (“Péage”) and are easily identified by the letter A followed by a number depending on the region.

For example, A1 is the autoroute around Paris.

The ’40s are near the Alps, and the ’60s are in the south near Bordeaux and Toulouse region.

If you’re not in a hurry and want to take a more scenic route, department roads are the way to go.

Department roads have fewer lanes and lower speed limits than autoroutes, so don’t choose this type of road if you need to get somewhere fast.

D roads are a great way to discover new towns along the way and get a view of the vast landscape of France because they often take you through cities and villages.

Departmental Road signs are recognized by the prefix “D” followed by a black number with a yellow background, for example, D45, D34.

Before autoroutes, the Routes Nationales was the highest road classification in France.

Since National roads are trunk roads or trunk highways and are typically the shortest route between major centres such as ports, cities and airports, it’s usually the recommended route for freight traffic.

National road signs are marked with the prefix “N” followed by a number usually in white lettering and red background, for example, N7.

The roads in France have a variable speed limit that changes depending on the type of road and the weather conditions.

As I mentioned earlier, the fastest way to get around in France is usually the autoroutes which start with the letter “A.” However, driving on autoroutes comes with a price because over 75% of all autoroutes in France have a toll fee.

You’ll know a toll booth is coming up when you see a blue sign with the words ” Péage” written in white lettering. “Péage” is the word for toll.

COST of tolls in France:

Various companies own autoroutes across France, so you’ll usually pay more than one toll to get across France, and the price you pay depends on the distance driven and the type of vehicle.

We drove from the south of France to Paris on one of our road trips which cost us about 100 Euros in tolls round trip.

The trip should have taken 8 hours but took us 10 hours since we made several stops along the way.

It’s really embarrassing to enter a toll lane that only accepts cash when you want to pay with a credit card, so make sure you familiarize yourself with the French road signs above the toll lanes, which indicate the type of payment accepted in that lane.

NOTE: Sometimes, foreign credit cards don’t work at toll booths, so make sure you have some cash on hand to pay for tolls just in case your credit card fails.

If you plan on taking the autoroute, sometimes it’s helpful to know how much French toll road fees will cost beforehand.

You can calculate estimated tolls by visiting the site autoroutes.fr, where you enter your start and endpoint to get an estimate of toll road fees one way.

The site will also estimate how long the journey should take and how much gas will cost you.

If you want to avoid or minimize toll road fees or take a more scenic route, the site can help you build a driving route using mainly D & N roads (Department and National Roads) which are toll-free.

(see screenshot below of an example itinerary from Montpellier to Paris).

5. How To Find A Rest Stop, Restrooms, Food and Gas on the autoroute

One of the benefits of taking autoroutes rather than the scenic toll-free departmental roads are the REST STOPS at regular intervals along the way.

On average, there is one rest area every 15 km with clean restrooms and picnic benches. Many rest areas also have restaurants, and some have gas stations.

To find a rest stop on French autoroutes, keep your eyes peeled for signs with the word “Aire De (some name)” on blue signs with white lettering.

The French word Aire means “area,” and each rest area has a unique name.

For example, the sign in the photo above indicates that the rest area called “Aire de Peypin,” is an 8km drive and has a gas station.

6.  Three things you legally must always have with you in your car when driving in France

French law states, when driving in France, you must carry certain things in your car at all times. Source: French service website.

Since July of 2012, all drivers must have a breathalyzer (L’éthylotest) on their car.

You can buy a single-use breathalyzer for around 1€ to 3€ Euros in a pharmacy, Tabac shop or in some supermarkets.

In France, the tolerated blood alcohol level is very low, 0.5 mg. per ml, which means one drink can put you over the alcohol limit.

Since 2008, the law in France states that drivers must carry an approved warning triangle (Un triangle de présignalisationé) with the mark E 27R.

If you have car trouble or need to stop on a public road, such as changing a flat tire, you must place the triangle 30 meters behind your car to give oncoming cars enough warning.

You must also put your hazard lights on. The fine is 375 Euros if you don’t comply.

French law also states that you must have an approved reflective (un gilet de sécurité réfléchssant) in your car, which you must wear if you need to stop on the side of the road. The fine is 375 Euros if you don’t comply.

7. Forget about 4 way Stops: Learn how to manoeuvre a French roundabout, aka traffic circle

Some tourists who drive in France complain about traffic circles, but after you get used to them, you’ll love them and find they’re pretty easy to manoeuvre. For now, here are the 3 basic rules you need to know.

If you want to learn more, here is a site with a more detailed explanation about roundabouts.

8. French Stoplights are not where you expect them to be

If you’re from North America, you’re accustomed to looking across the intersection to see the red light. However, in France, the red light is on the same side of the street, which can be confusing for first-time drivers in France.

For example, if you’re the first person at a stoplight, the stoplight will be located on your left or right, usually near eye level and close enough so that you can reach out and touch the light if you want.

This is more of a recommendation rather than a requirement, but I highly recommend getting a GPS device of some sort, especially if you’re taking road trips. Here are my top five reasons.

Tip: If you don’t have internet, you can always download a map on your device and use it to navigate offline.

Bring a GPS-enabled tablet. The bigger screen makes it easier to see the map.

If you can’t drive a stick shift and need to rent an automatic, you should call the car rental company ahead of time to see if they’ll have one available.

Some companies even charge extra for automatic cars.

11. Do You Have The Right Driving License To Drive In France?

According to the official website of France, if you have an EU driving licence or driver’s permit from another country, you’re allowed to drive in France as long as the following conditions are met.

TIP: Although not required, it’s highly recommended that you get an international driving permit which can help expedite encounters with authorities in the event of an accident or traffic infraction. If you plan on staying in France for over a year, you’re supposed to apply for a French driver’s permit.

Bon Voyage!! Did you check the type of gas your car takes?

One last thing about cars in France.

Most are diesel (at the time of this writing) which is called “Gazole.” Unleaded is called “sans plomb.”

France plans on ending the sale of diesel and petrol vehicles by 2040 as part of an ambitious plan to meet its targets under the Paris climate accord.

122 shares Pin Share Tweet Paris is full of little hidden secrets. One of them is an often overlooked, not very eye-catching landmark that tourists often END_OF_DOCUMENT_TOKEN_TO_BE_REPLACED

Whether you’re interested in trying your hand at French Roulette, a round of Poker, or having some fun at the slot machines, here are the biggest, END_OF_DOCUMENT_TOKEN_TO_BE_REPLACED

Unique things to do in Bordeaux France (besides drink wine)

Bordeaux might be best known for its wine, but there is much more to do and see in France’s biggest wine region. Thanks to the cities END_OF_DOCUMENT_TOKEN_TO_BE_REPLACED

Sometimes you need to get away from the hustle and bustle of the busy Parisian city atmosphere. Here are 15 easy weekend trips from Paris and END_OF_DOCUMENT_TOKEN_TO_BE_REPLACED