The Old Way To Save Money On Travel

For a long time, I used to think the only way to Save Money On Last Minute Airline Travel Deals was to book your tickets months in advance.

It wasn’t until we started travelling full time with the kids on a shoestring budget that I actively sought out ways to save more money on travel.

That’s when I discovered the often overlooked  Last Minute Travel Deal which can save you as much as 80 percent on travel depending on the destination and time of year.

How Do You Take Advantage Of Last Minute Deals?

There’s no secret and it’s not rocket science to find these deals. You just need to know what, where and how to take advantage of these often overlooked last minute travel deals.

I’ve put together 8 easy ways for you to that.

1- Go To The Deals Section of Travel and Airline Websites. 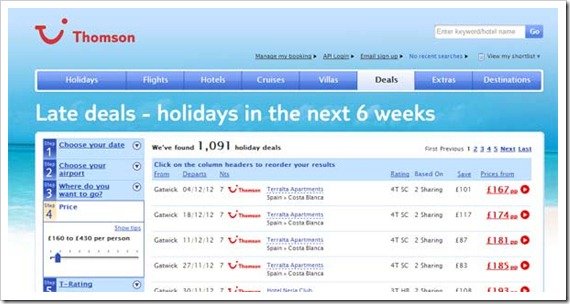 The next time you use a travel comparison website like Orbitz.com or Expedia.com, look for their “DEALS SECTION”.

This is often where they hide, I mean keep their last minute travel deals.

TIP: If you are planning to be in another country, sometimes it’s best to use THEIR travel comparison websites.

Here are other examples of country specific sites and their “DEALS” section.

For example in the UK you could grab a bargain at Thomson in their deal section.

In order to take full advantage of last minute deals, you need to be flexible with your dates.  Being flexible means that you are fine travelling a few days or weeks before or after certain hot travel days like Thanksgiving or Christmas and New Years Eve. 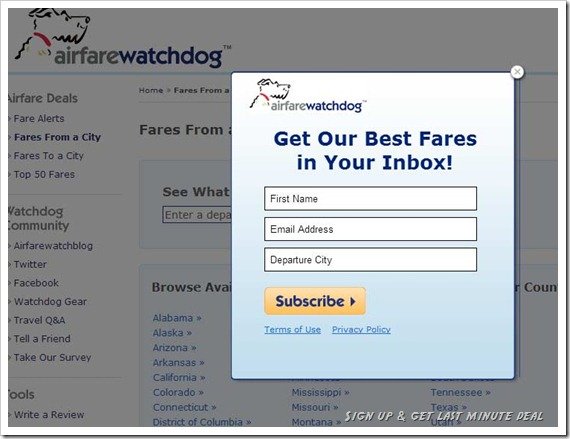 Airline websites, travel comparison and deal sites often let you sign up to get notified by email when last minute deals are available.

Did you know that Airlines often use Twitter to announce their last minute deals?

I recently saw a sweet deal tweeted by Virgin America — $75 USD to fly from San Francisco to Washington.

You have to be fast though, sometimes these deals are only available for a few days to a few hours. That’s what’s so great about twitter. It’s real time.

Why do last minute deals exist? Airlines don’t always sell all of their seats on flights (cruises don’t either). My theory is that airlines would rather sell a seat cheap at the last minute over getting nothing for them at all. What do you think?

5-Don’t Shop For Deals On The Weekend:

In case you didn’t know, the day you shops for your deal can make a huge difference in price.

I once shopped for tickets everyday for two weeks.  I didn’t change any of my search parameters except for the day I was looking up the prices.

The ticket price flights fluctuated daily just like the stock market but I defenitely noticed that certain days were cheaper to search on. As much as a few hundred dollars in some cases.

Guess what Tuesday, Wednesday and Sometimes Thursday is the best day to book flights.

There is a perfectly good explanation for this but I won’t get into that. It is what it is so take advantage of this information and see for yourself.

You can often save even more money if you book a last minute bundled vacation that includes a flight, hotel and sometimes a car too.

Some airlines don’t get aggregated in the travel search engines like Orbitz or Expedia.  South West, an American airline is one such airline so check these airlines directly just in case.

8- Be Adventurous And Go Where The Deals Take You: 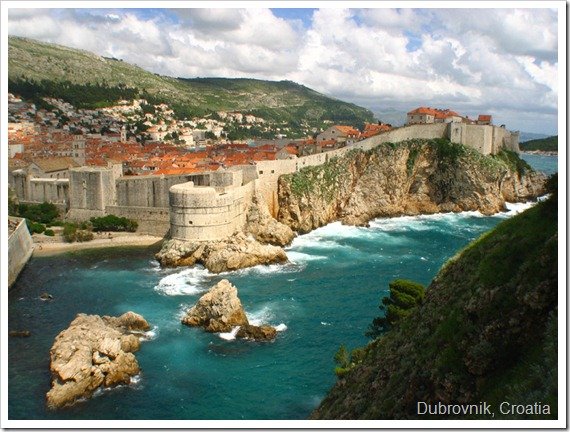 You may find a deal going someplace you’ve never heard of like Dubrovnik, Croatia.

Don’t dismiss a place just because you’ve never heard of it. Often times these places are more beautiful than you could ever imagine.

Depending on how you look at it, there are some cons to booking last minute  deals.

It’s not always convenient to travel using last minute deals but it’s nice to have one more tool in your toolbox to help you locate those deals and save boat loads of cash.

What do you think?  Have you or would you ever consider booking a last minute deal. Leave me your comments below.

How To Pick The Best Rewards Travel Credit Card For You: A Beginners Guide

Cost of Living In France: How Much It Cost Our Family To Live in France For One Year