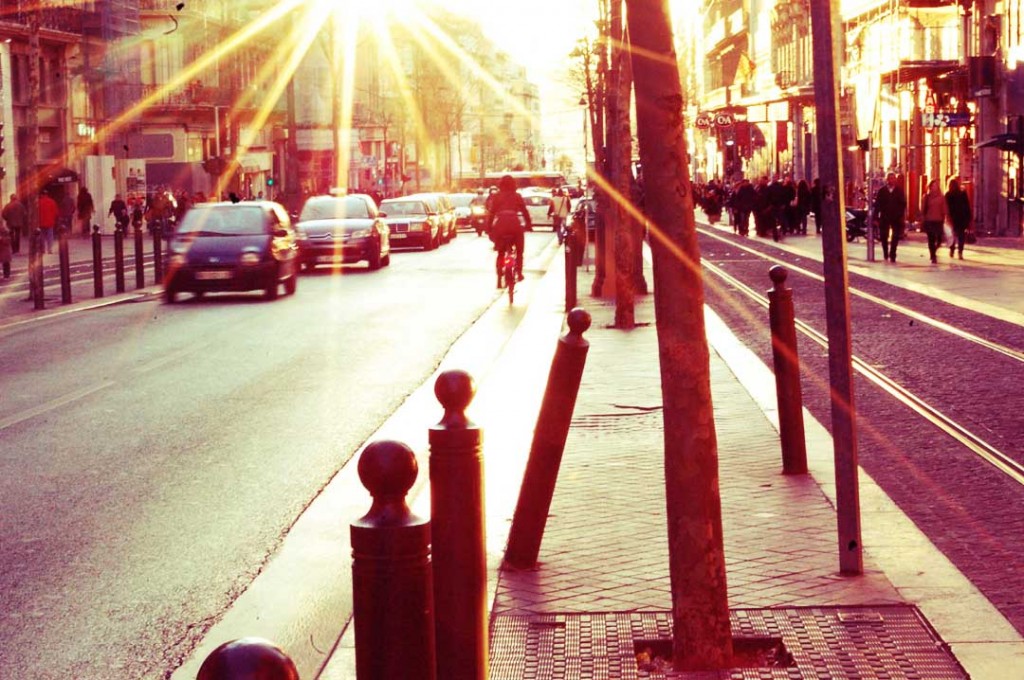 I have a free packing checklist template for all my email subscribers. Details are at the end of this post.

A QUICK RECAP: For new readers.

In 2010 my family and I set out on an adventure to travel long term with the kids while also working on personal and family goals.

But… travelling long term costs money, so one of my many goals I wanted to accomplish was to create a portable income that I could do from anywhere in the world.

Every few months, I share my entrepreneurial  journey and personal update in a progress report.

First An Update: What we’ve been up to.

It’s been almost a year since my family and I moved to France for our family sabbatical. (we arrived the 5th of October 2011). 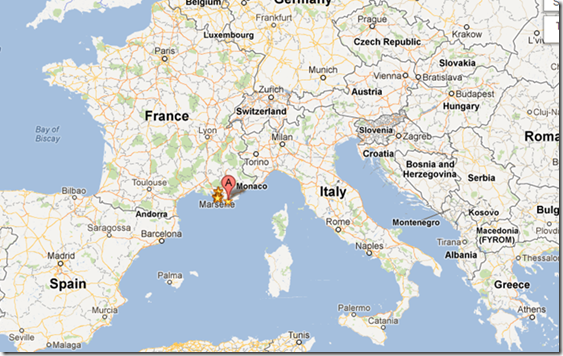 City Life Isn’t What We Expected

We spent 10 months in Marseille France but quickly realized that although having the amenities of the city was good, it wasn’t the life we thought we were going to have.

We realized we would rather give up some of the big city amenities to live in a smaller, quainter town and more typical French Town.

You know….the kind of city you imagine or see in the movies.

IN SEARCH OF A TYPICAL FRENCH TOWN

We searched for our new dream city in the south of France and found lot’s of nice places but we had some restrictions which limited our choices.

We found a small town that surpassed our expectations.

The city is called “La Garde”.

We moved to La Garde on September 1st 2012 and plan on staying another year. Here’s a video about La Garde.  Check out the Arial views.

WHAT DO THE KIDS THINK?

The kids all love it here and so do Blake and I.

In less than a month, the kids are already fully integrated in public school. (It was really hard getting all that arranged).

Get this. It only costs 150 euros for each of my children’s sports for the ENTIRE YEAR.  That’s a steal compared to what we’re used to paying.

Back in California, it would have cost a hundred bucks a month for each of the kids activities at minimum.

Did I mention that  preschool is completely free . Again, back in California it costs over 1,200 dollars PER MONTH to put a child in preschool.

The cost saving in preschool and yearly sports alone is over 15,000 US dollars which means we don’t’ need to make as much money.

The quality of life here is just amazing. 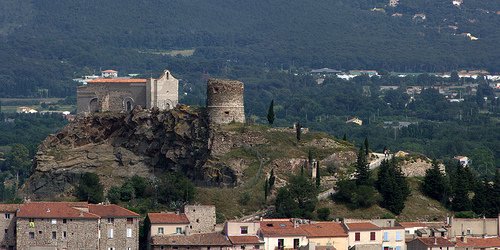 We live in the center of town in what is best described as the medieval part of the city. Our flat was built in the 1500’s and walking down our street you really feel like your in a renaissance fair. Cobblestone road, tiny road with lavender hanging from peoples windows. Directly above our flat is what looks like an old castle but is really an old church. You can see it in the photo above.

What can I say? It’s everything we wanted and expected in a small French town.  I will fill you in at a later date with the details, photos and video.

WHERE IS LA GARDE?

La Garde isn’t that far from Marseille. It’s only 73 KM or 43 Miles east of Marseille and just 100 miles west of the Italian Border. Bonus, we’re just 10 minutes to the beach.

Enough about the city for the moment. Let’s talk about business. I’m excited to announce that I have a FREE GIFT for all my email subscribers.

I noticed that a lot of solo-preneurs that have a web presence, (like me) give away something to their readers if they sign up to their newsletter.

Up until recently, I have offered nothing to people who sign up to my newsletter. Not because I didn’t want to give them something. I just had no idea what to give away. I didn’t just want to give away some fluffy piece that you could download and never read or look at.

I wanted to give my readers something really useful and practical.

Then one day it hit me. What’s the one thing that people have in common when it comes to travelling.

I have tons of packing experience, so naturally, I finally connected the dots and thought I’ll create a free packing checklist template that people can print at home and use as a guide to help them end their hatred of packing.

I know, I know. It seems really simple and there are tons of packing checklist templates out there but mine is a little different.

Here’s a closeup screenshot of the packing checklist template.

For the moment, it’s a PDF doc and not editable but I may change that. 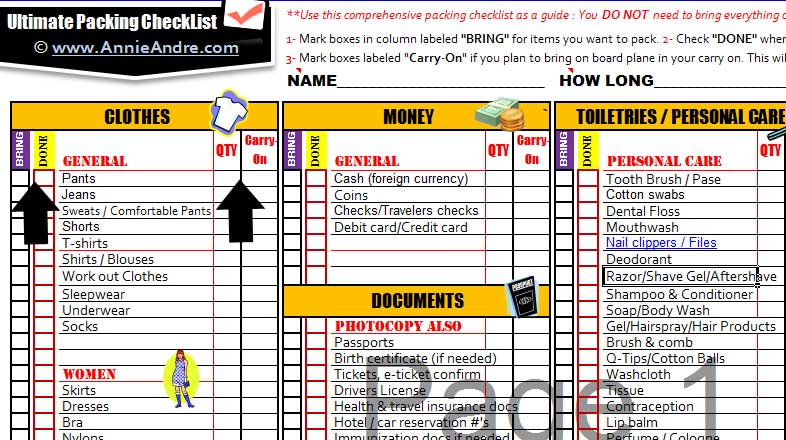 Now when someone comes to my site they will see the sign up form on the right hand side along with the video below explaining the benefits of using a Travel and packing checklist.

Please take a moment to watch the video and tell me what you think in the comments below.