Best French Textbooks To Learn French At Any Level (Review) 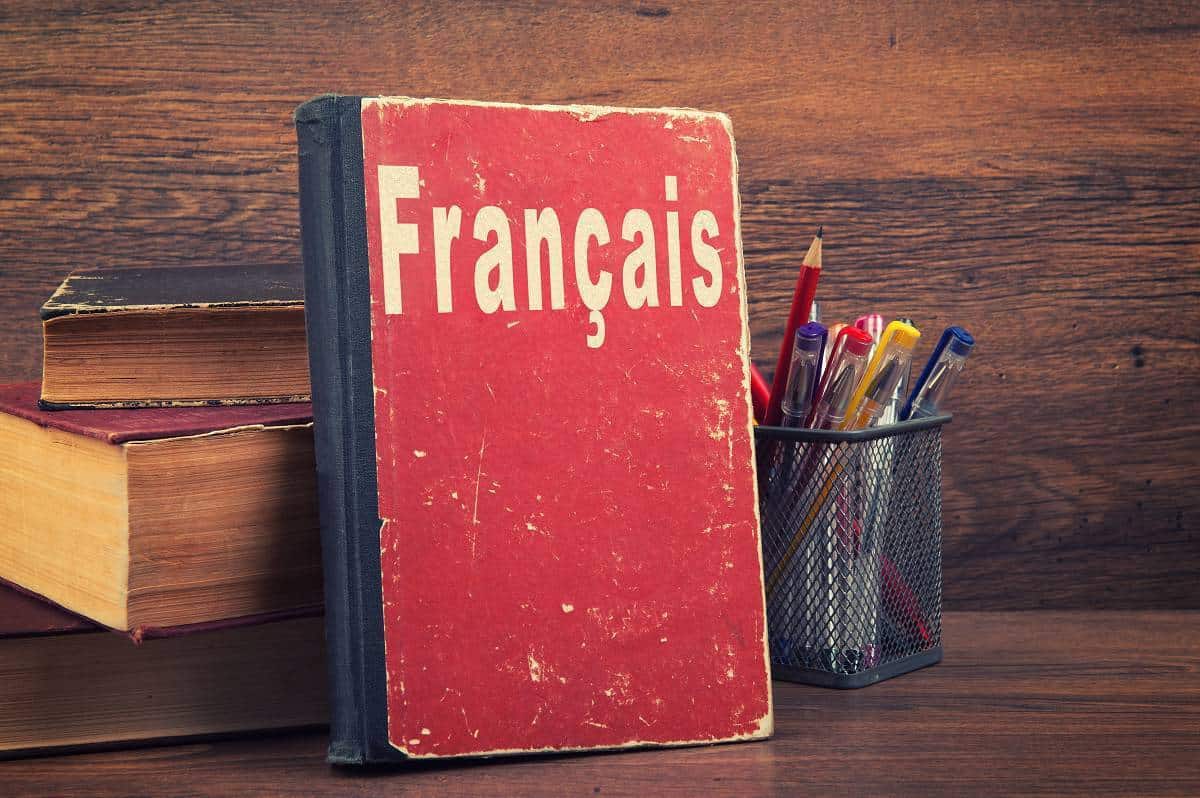 Here are my top pics for the best French textbooks for French language learners at any level.

Almost everyone dreams of learning how to speak French, the language of love. Then they give it a try and quickly learn the French language, like all languages, has a lot of challenging nuances, especially when you don’t have the right approach or proper learning materials that match your skillset.

When it comes to learning French using French textbooks, not all French language learning books are created equal. Some French textbooks jump the gun, making it hard for beginners to get started. Others are too simplified for intermediate and advanced learners. And some books strike the perfect balance to cater to the needs of readers at all levels.

If you’ve never heard of French in Action,  you need to commit it to memory because it’s a powerful educational resource for French learners. Short of moving to France, French in action, the video series, which is entirely in French, is pretty much the closest thing to total French language and cultural immersion.

There have been more than 70,000 textbooks sold worldwide and, at its peak, was used by more than 1,000 colleges and secondary schools nationwide, including Princeton, the State University of New York, the University of Pennsylvania and, of course, Yale.

Fans of French in Action often refer to themselves as “FIA fans.”

The French in action video series (52 episodes in total) developed a cult following for its romantic and comedic storyline, which follows an American student and a young Frenchwoman’s adventures in Paris and the French countryside.

Pierre Jean Capretz, a graduate of the University of Paris, taught French at Yale University from 1956 to 2003 and is the creator and host of the PBS television series French in Action. He is considered the pioneer in video-based foreign-language instruction.

French in action comes in two parts and is accompanied by 52 videos (30-minute each) that are freely available on the internet. Part 1 contains lessons 1-26, and Part 2 includes lessons 27-52. The French in Action series is part of a larger program that includes textbooks, workbooks, instructor’s guide, study guide, audio program, and a testing program, which makes it great for French learners at any level.

1st Video in the French in Action PBS Series

27th Video in the French in Action PBS Series

Due to licensing agreements, online viewing of the videos may be restricted to connections in the United States and Canada. If you can’t view the videos due to geographic restrictions, you can use a to access the material. Don’t know what a VPN is?

The third edition of the French in Action textbook is updated with a more modern format and presentation for a new generation of French language learners.

The textbook is broken into 26 bite-sized chapters that correspond to each of the 26 freely available videos. There are also transcripts of the videos which let you follow along, so matching written French words and phrases with their correct pronunciation makes for a seamless learning process.

The latest edition of the book boasts heaps of colourful illustrations and pictures instead of the black-and-white ones of the second edition, designed to help you learn visually.

It also includes an entirely new feature, the journal entries by the popular main character Marie-Laure, who observes and humorously comments on the political, cultural, and technological changes in the world and French life between 1985 and today. These humorous entries make for an interesting read and give a comic relief from the concise grammar explanations and exercises sprinkled throughout the book.

French in Action: A Beginning Course in Language and Culture: Part 2

French in Action Part 2 is the second French textbook in the series. Of course, you get to continue your adventures of Marie-Laure and her American love interest.

The book was split into two equal parts, each with 26 lessons and picks up where the first installment left off and is accompanied by a corresponding 26 30-minute videos that are freely available from the Annenberg/CPB Project. The textbook is also updated with journal entries of the opinionated Marie-Laure as she dishes out her humorous take on French culture, technology, and political changes since 1985.

The second part builds on part one and arms you with the intermediate skills necessary to communicate in French. It not only helps you build your vocabulary and pronunciations but also offers deep insights into the French culture. Each edition has been revised to include more fun learning materials to make the learning process more immersive and enjoyable.

The difference in spelling and pronunciation makes learning a new language quite a tricky affair for most people, but this book puts a stop to all that. It makes for an attention-gripping read that engages the learners to arm them with a sound foundation of the French language and culture. Vis-à-vis relies on proven, concise grammatical explanation, cultural explanations, and intuitive flow to give learns a beautiful learning experience.

Best of all, it comes with excellent digital r​​esources to break the reading monotony. You have a choice between a soft and hardcover version when buying the book. The audio cassettes not only help to speed up the learning process but also ensure that you master the grammar nuances as well.

Vis-à-vis progressively covers the grammatical concepts to let you build a solid foundation in the beginner levels before progressing to the intermediate level. Coupling the textbooks with a multimedia CD gives you an authentic French accent in no time. If you’re so inclined, you can also opt for the audiobook version.

Contacts provides an exceptional way to ease into the marvels of the French language. It’s easy to use and presents grammar lessons in a logical sequence while using reinforcement to master and build an impressive range of vocabulary. The book taps into all the four skills – writing, reading, listening, and speaking – to engage all your senses as you master the language of love.

This entry-level French te​​xtbook explores culture, communities, comparisons, connections, and communication to meet the national standards for a foreign language. Full-color spreads break the monotony of printed words to tap into your visual senses to help you engage with the material and master the language faster. You have a choice between a hardcover and paperback book for your learning pleasure.

Including supplementary materials, such as CDs and workbooks in your reading regime, can help propel your language mastery to new heights quickly. The CD set contains 14 discs, each with 40-minute lessons to help with pronunciation and language nuances. The book has been revised several times to incorporate more learning material and French contemporary culture and lifestyle.

Entre Amis, which translates to between friends in French, makes an excellent way for beginners to learn French. The book centers on a progressive approach that makes the learning process fun and enjoyable. It covers all four language skills but places considerable emphasis on oral communication.

The book is part of a larger program that includes video and an audio lab to help you pick up and polish your French accent, nuances, and pronunciation. The book’s content unfolds progressively to help learners build a solid foundation.

It also offers insights into the Francophone culture in 30 capsules that include discussions on many social issues. The book comes with many self-testing opportunities and includes excellent explanations to help readers improve their oral communication. Contextualized writing assignments with the work let you share your ideas and personal information, which is a brilliant way to build your presentation skills. Coupling the textbook with the workbook enables you to make significant progress in learning the French language.