How To Buy A Fast Charging Universal USB Car Charger 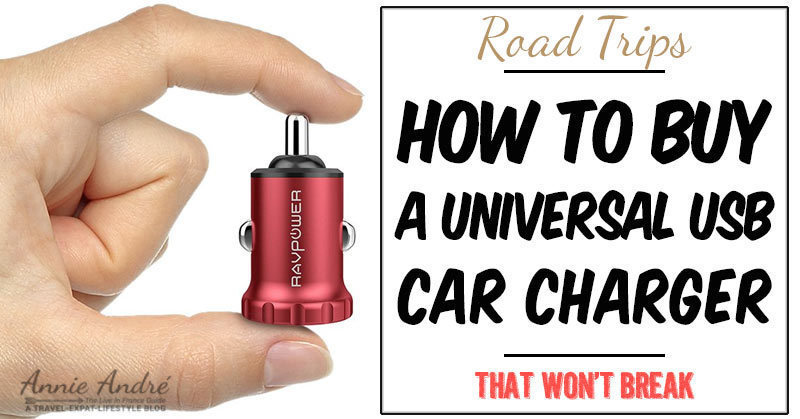 A universal car charger is practically a necessity these days but not all USB car chargers are created equal. Here’s what I look for.

Between your iPhone, your Smartphones, the kid’s tablets and any other of your devices that need ON-THE-GO charging, a universal USB car charger is a must-have.

Especially for people who rely heavily on the battery draining GPS function of phones and tablets to help them navigate..

Throughout the years, I’ve gone through several car chargers and for the most part, they were pretty much all the same. They did the job but they were nothing really special. 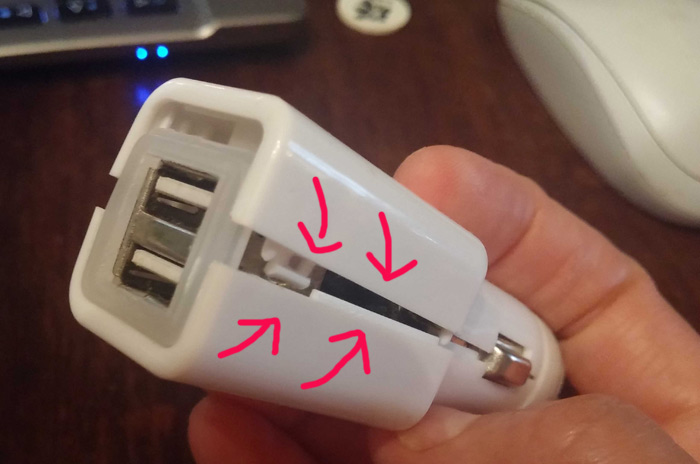 They often came apart at the plastic seams, stopped charging all together for unknown reasons, took forever to charge or couldn’t keep with our demanding devices.

These days I’m pretty picky when it comes to my car chargers because I rely heavily on my cell phone for GPS directions in my car, especially during road trips.

Here is a quick look at what I look for in a USB car charger.

Buy a car charger that can charge multiple devices at once

Why fight over who can charge their device in the car?  Look for a car charger that has 2 or more USB ports.

Even if you only have one device, you never know when you’ll need a second port for a friend sitting shotgun with 5 percent battery or your kids’ tablet that you forgot to charge the night before your long road trip.

That little cigarette lighter in your car is more than capable of providing enough juice to charge multiple devices. 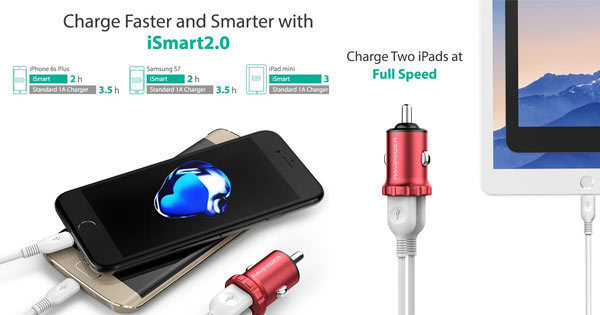 I really like car chargers with ever so slightly illuminated USB ports.

It’s really convenient to be able to find the USB port in the dark without having to turn on the lights in the car which can be disruptive to the driver or to other people who might be sleeping in the car. 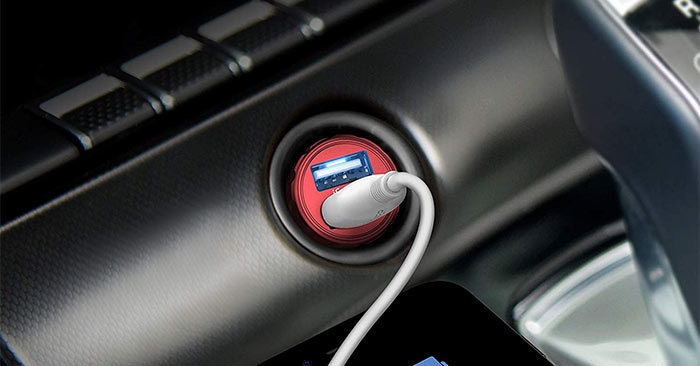 Buy a charger that can charge your devices fast(er)

Never buy a car charger that outputs a measly 1 amp of power per port. (Amps are the current that’s supplied to your device. If Amps were a river, then amps would be how fast that river flows.)

1 Amp might have cut it a few years ago but today, that weak output will barely keep your phone charged especially if your running GPS or music apps like Spotify simultaneously.

Your cars cigarette lighter can put out about 10 amps of juice so take advantage of its full capability.

Look for a charger that advertises at least 2 amps per port. To figure out the amps per port of any car charger is simple enough. Just take the total advertised amps and divide it by the number of ports. For example, if a 2 port charger advertises 4.8 amps output, each port puts out 2.4 amps. 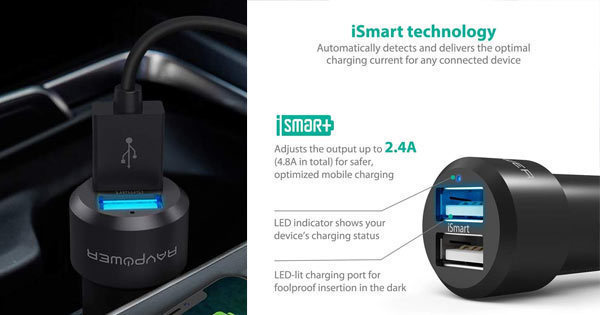 Get a USB car charger built to last

The charger that I use is made by Ravpower.  It’s a mini dual USB car adapter, made of a metallic material and it’s red but it comes in other colours like black and white too. It’s also tiny and sits flush in my cigarette lighter. 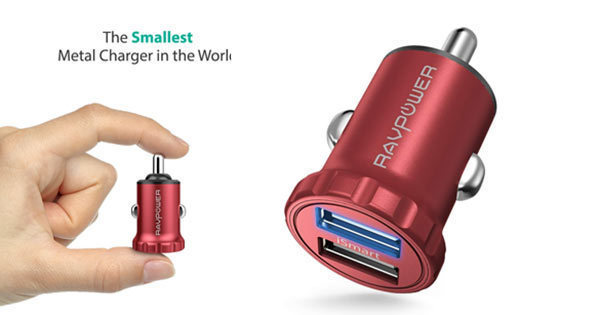 USB car chargers are pretty inexpensive these days so it’s a good idea to carry a second one in the glove compartment. The last thing you need is for your GPS enabled device to run out of juice on a road trip. It’s happened to me.